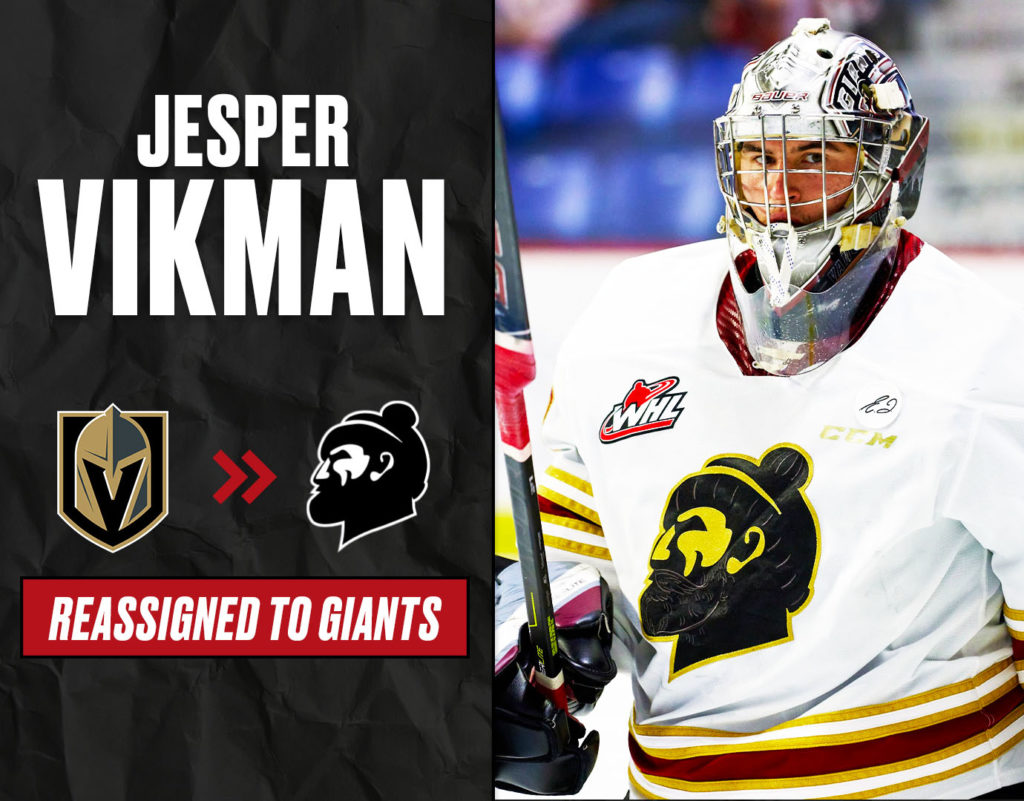 The Giants’ roster got a huge boost today as Swedish goaltender Jesper Vikman (Stockholm, SWE) was returned to the team following training camp with the Vegas Golden Knights, who selected him in the fifth round of the 2020 NHL Entry Draft.

This was Vikman’s second Training Camp with Vegas, he was also in Vegas last year for training camp.

Vikman, who is entering his 20-year-old season, amassed a 17-15-2 record as the Giants starter last season with a 3.05 GAA and .903 Sv%. In the postseason, Vikman set a Giants record with an incredible 50-save shutout during the Giants first round series win over the Everett Silvertips. He compiled a 6-5 record after returning from injury to help the Giants make a run into the second round.

He was also a part of Sweden’s World Junior squad in December 2021 with Giants teammate Fabian Lysell.