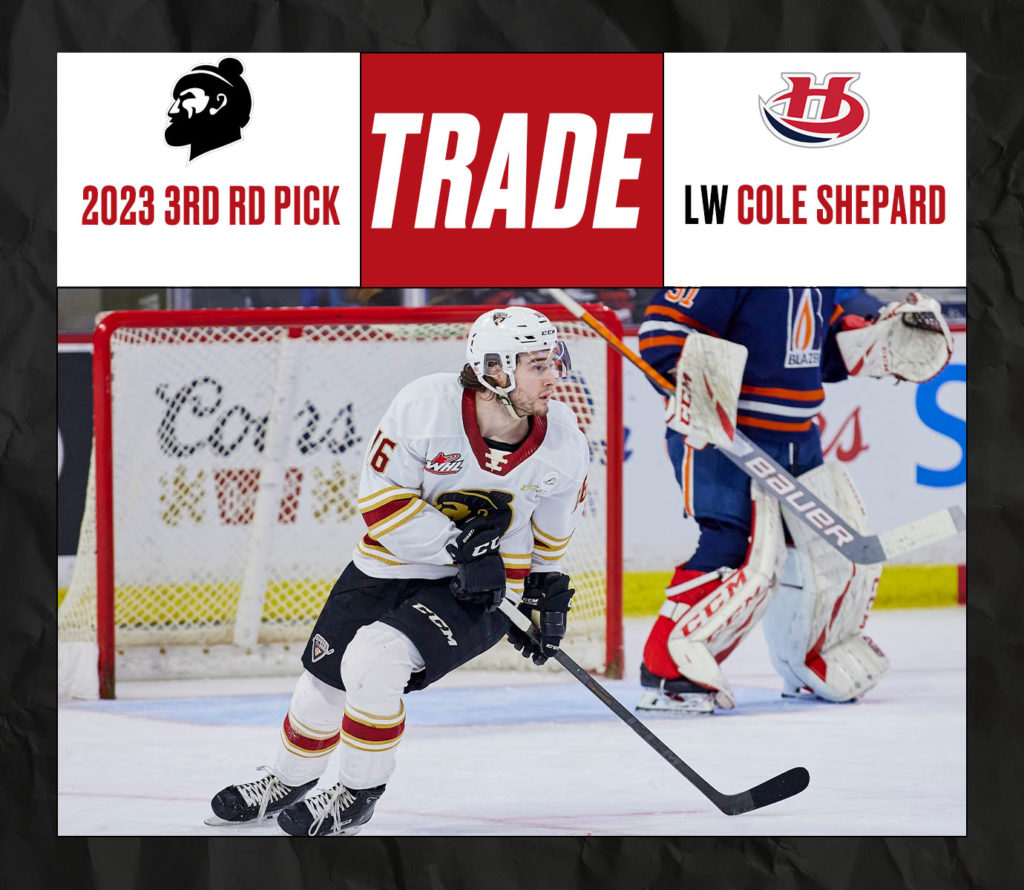 In 28 games last season with the Giants, 2002-born forward Cole Shepard scored 7 goals and added 13 assists for 20 points. In his WHL career, he has 49 points in 78 games. Shepard was originally drafted by Vancouver in Round 2 of the 2017 WHL Prospects Draft.