Giants Wrap Up Weekend With A Home Loss to the Blazers 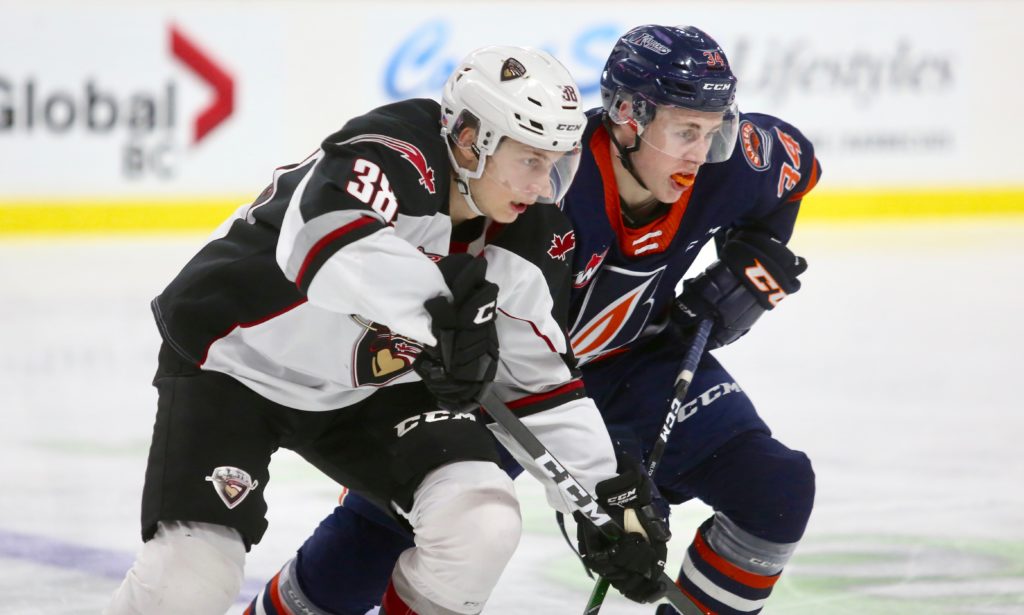 Sunday night at the Langley Events Centre the Vancouver Giants (19-19-2-2) wrapped up a three-in-three weekend with a 4-0 loss to the Kamloops Blazers (30-11-2-1). Connor Zary scored once and added two assists for the B.C. Division leading Blazers who scored three times in the opening 10 minutes and 36 seconds. David Tendeck made 36 saves for the Giants while Dylan Garand stopped all 21 shots he faced to earn the shutout for Kamloops. The loss snapped a two-game weekend winning streak for the Giants while the Blazers have now earned eight straight victories.

KAM – 4:35 into the first period on a power play, Orrin Centazzo bagged his league-leading 33rd goal of the season on a Max Martin rebound. Connor Zary earned the second assist.

KAM – Logan Stankoven (17) increased the Kamloops lead to 2-0 off the rush at 8:49. Kyrell Sopotyk earned the lone assist.

KAM – The final Blazers goal of the period came at 10:36 from defenceman Libor Zabransky who snuck a low shot past David Tendeck from the right-wing circle. Connor Zary and Max Martin each recorded their second assists of the night on the play.

KAM – With 2:04 left in the game, Connor Zary scored his 28th of the season off the rush on a power play. Ryan Hughes and Orrin Centazzo added assists.

Next Giants Game: Thursday night at 7:30 PM against the Everett Silvertips at home.

“We swept our biggest rival this weekend. That was a grind. Coming into today we knew we had to stay close. We got ourselves into a hole that we couldn’t get out of.” – Giants Head Coach Michael Dyck

“We had a great week of practice to get ready for this weekend, and we’ll do the same to make sure we’re ready for Thursday.” – Michael Dyck