Giants Wrap Up Weekend With a 4-0 Victory Over Kelowna 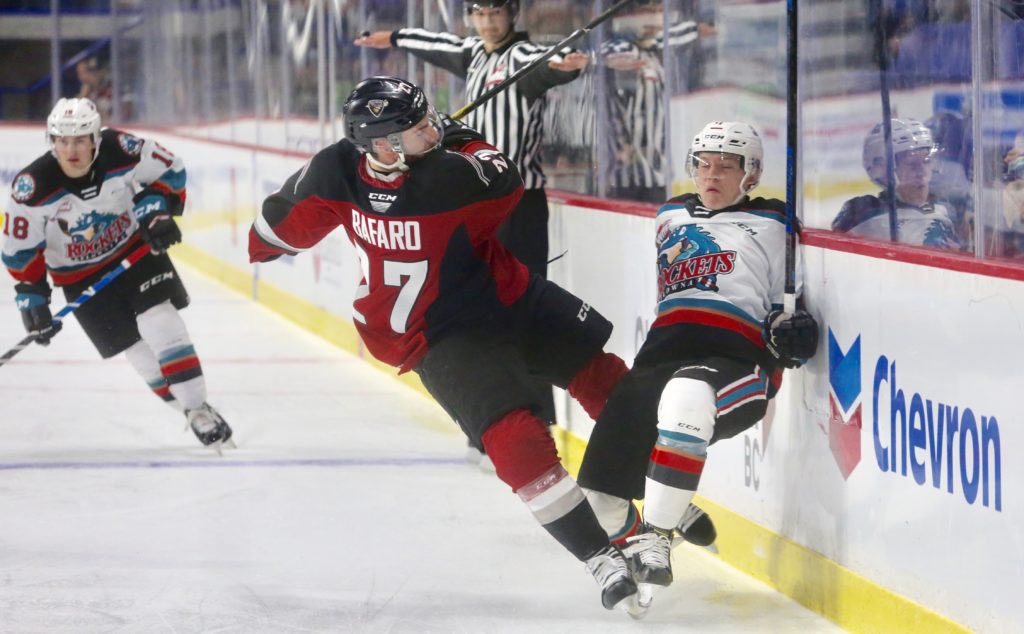 Sunday night at the Langley Events Centre the Vancouver Giants (3-2) returned to the win column thanks to a 4-0 decision over the Kelowna Rockets (3-1-1-0). Milos Roman and Justin Sourdif each scored twice for the G-Men while goaltender David Tendeck stopped all 14 shots fired his way between the pipes. Kelowna goaltender Cole Schwebius answered with 25 saves.

TENDECK AND THE GIANTS SHUT THE DOOR ON THE ROCKETS

VAN – With a delayed penalty on the way, Milos Roman opened the scoring at 7:37 of the middle frame. Dylan Plouffe purposely fired a shot wide from the left-wing point, and the puck bounced perfectly to Roman at the right side of the goal.

VAN – Milos Roman struck again at 10:36 on a power play.  This time he converted from inside the left-wing circle. Bowen Byram and Dylan Plouffe assisted.

VAN – Justin Sourdif made it 3-0 off the rush at 16:40. His shot from the right-wing circle made its way past Cole Schwebius. Seth Bafaro and Bowen Byram earned helpers.

VAN – Justin Sourdif put the game away for the G-Men with an unassisted empty-netter at 19:11 of the final period.

Next Game: The Vancouver Giants kick off their six-game Eastern Division road swing on Friday night when they clash with the Brandon Wheat Kings at 7:30 CST.