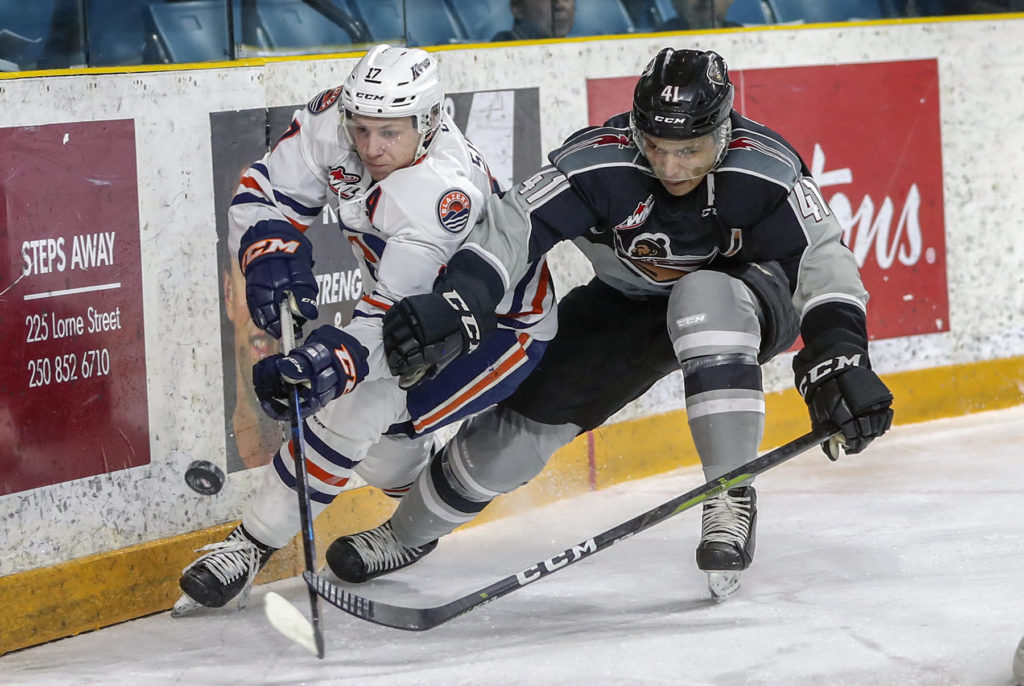 The Vancouver Giants have matched their win total from a season ago, and have done so in 18 fewer games. Friday night at the Sandman Centre in Kamloops the Vancouver Giants (36-13-2-1) earned a 3-1 victory over the Kamloops Blazers (20-26-4-1). Lukas Svejkovsky (1G, 2A), Tristen Nielsen (2G, 1A) and Jadon Joseph (2A) combined for eight points on the night while goaltender Trent Miner made 26 saves to earn his 19th win of the season. Connor Zary supplied Kamloops with their lone goal of the night while goaltender Dylan Ferguson made 31 saves. The win moved the Giants to within one point of the Everett Silvertips for first place in the Western Conference standings.

VAN – At 16:07 of the opening period Lukas Svejkovsky (6) followed up on a Tristen Nielsen rebound and jammed it across the goal line to give the Giants a 1-0 advantage. Kaleb Bulych earned the second assist on Svejkovsky’s marker.

KAM – 12:33 into the middle frame, Conner Zary snuck his 13th of the season through the legs of Trent Miner.

VAN – Right as a power play had expired, Tristen Nielsen (8) notched his first of two goals on the night when he skated into the left-wing circle and one-timed home a feed from Jadon Joseph from behind the Kamloops net. Lukas Svejkovsky added the second assist on Nielsen’s first of two on the night.

Vancouver: 1/6 on the Power Play

Kamloops: 1/6 on the Power Play

Next Giants Game: Sunday afternoon at 2:00 PM against the Prince George Cougars at the LEC.