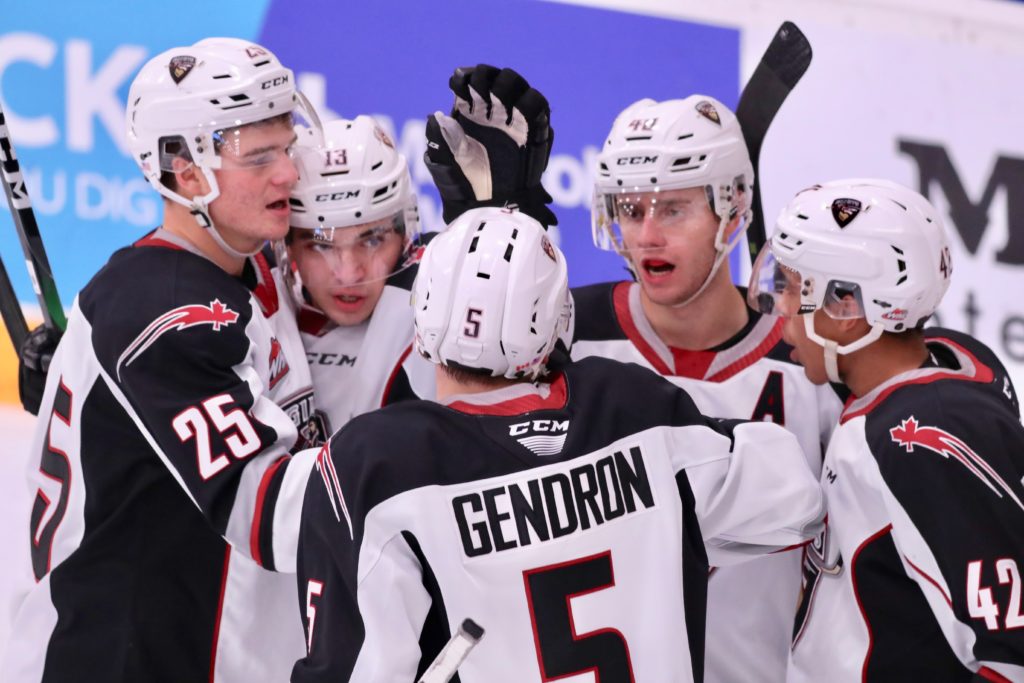 The Vancouver Giants (6-5) are coming home winners. Saturday night in Regina the Giants doubled-up the Regina Pats (1-8) by a 4-2 score. Milos Roman paced the Giants with two goals while goaltender David Tendeck made 34 saves in a first-star performance. Other goals came courtesy of Jackson Shepard and Zack Ostapchuk who registered his first WHL goal early in the first. Regina goals came via Ryker Evans and Cole Dubinsky. Pats goaltender Danton Belluk made 25 saves in defeat.

REG – The Pats tied the score at 5:12 when defenceman Ryker Evans snuck into the slot from the left-wing circle and converted off a Logan Nijhoff pass.

VAN – Milos Roman restored the lead for Vancouver at 18:34 when he stripped the Regina defenceman of the puck, skated in close and roofed a backhand shot over Belluk and in for his first of two on the night.

VAN – 53 seconds into the final frame, Jackson Shepard parked himself in front of the Regina goal and tipped home Bowen Byram’s point shot. Lukas Svejkovsky earned the second assist on Shepard’s fourth goal of the season.

REG – The Pats moved back within one at 13:15 when Cole Dubinsky converted in close on a forehand deke.  Dubinsky’s first of the season was set up by Garrett Wright and Kyle Walker.

VAN – Milos Roman grabbed the final goal of the game at 17:56 on a breakaway. Roman’s team-leading seventh goal of the season was also unassisted.

Next Game: The Vancouver Giants are back in action on Friday night in Kamloops against the Blazers at 7:00 PM PT.