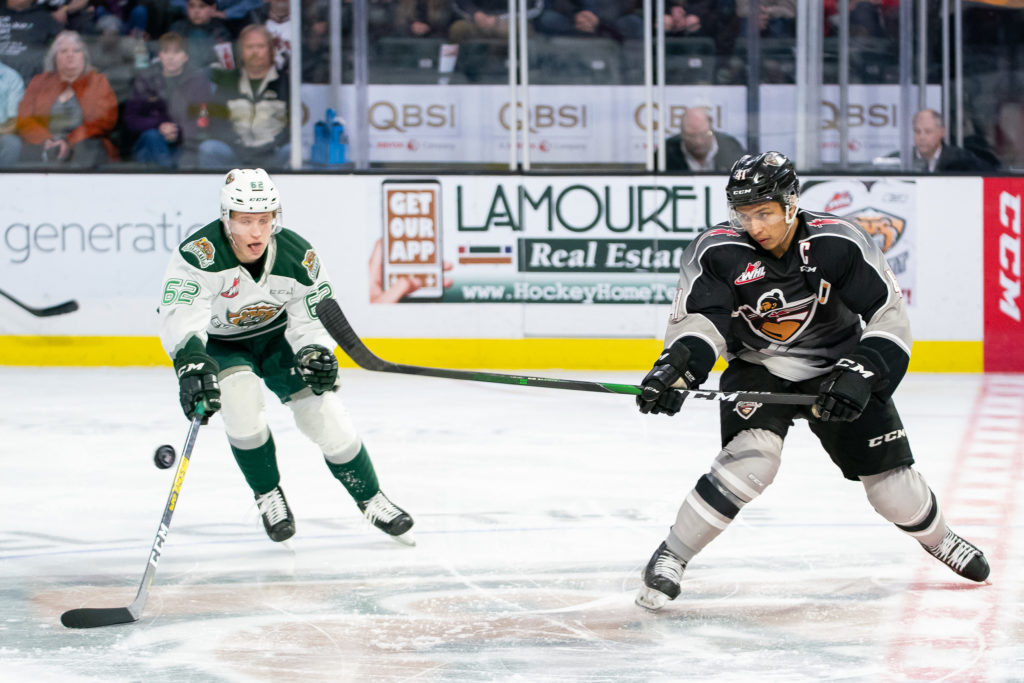 For the first time in a span of 12 games, the Vancouver Giants lost a hockey game. Saturday night in front of nearly 8000-strong in Everett, WA the Giants (30-21-3-2) dropped a 2-1 decision to the Everett Silvertips (39-12-3-1). Gage Concalves’ power play goal late in the third period broke up the 1-1 score and sent Everett to their fifth victory in a row. Bryce Kindopp also scored for Everett. The Giants got their lone goal from Milos Roman and received 33 saves from Trent Miner. It marked the end of a spectacular 11-game winning streak for the Vancouver Giants, matching their longest ever regular season winning streak (Set in 2008-09).

THE GIANTS STREAK ENDS AT 11

VAN – At 19:09 of the first period, Milos Roman (22) positioned himself in the slot and one-timed home a Bowen Byram pass on a Giants power play to stake the Giants to a 1-0 lead.

EVT – At 15:19 of the third period, Gage Goncalves (29) put Everett ahead 2-1 off a one-timer from the right-wing circle. The Goncalves goal came on a power play and was set up by Cole Fonstad and Wyatte Wylie.

Next Giants Game: Friday night back home against the Victoria Royals, marking the start of a three-in-three weekend against Victoria. GET TICKETS