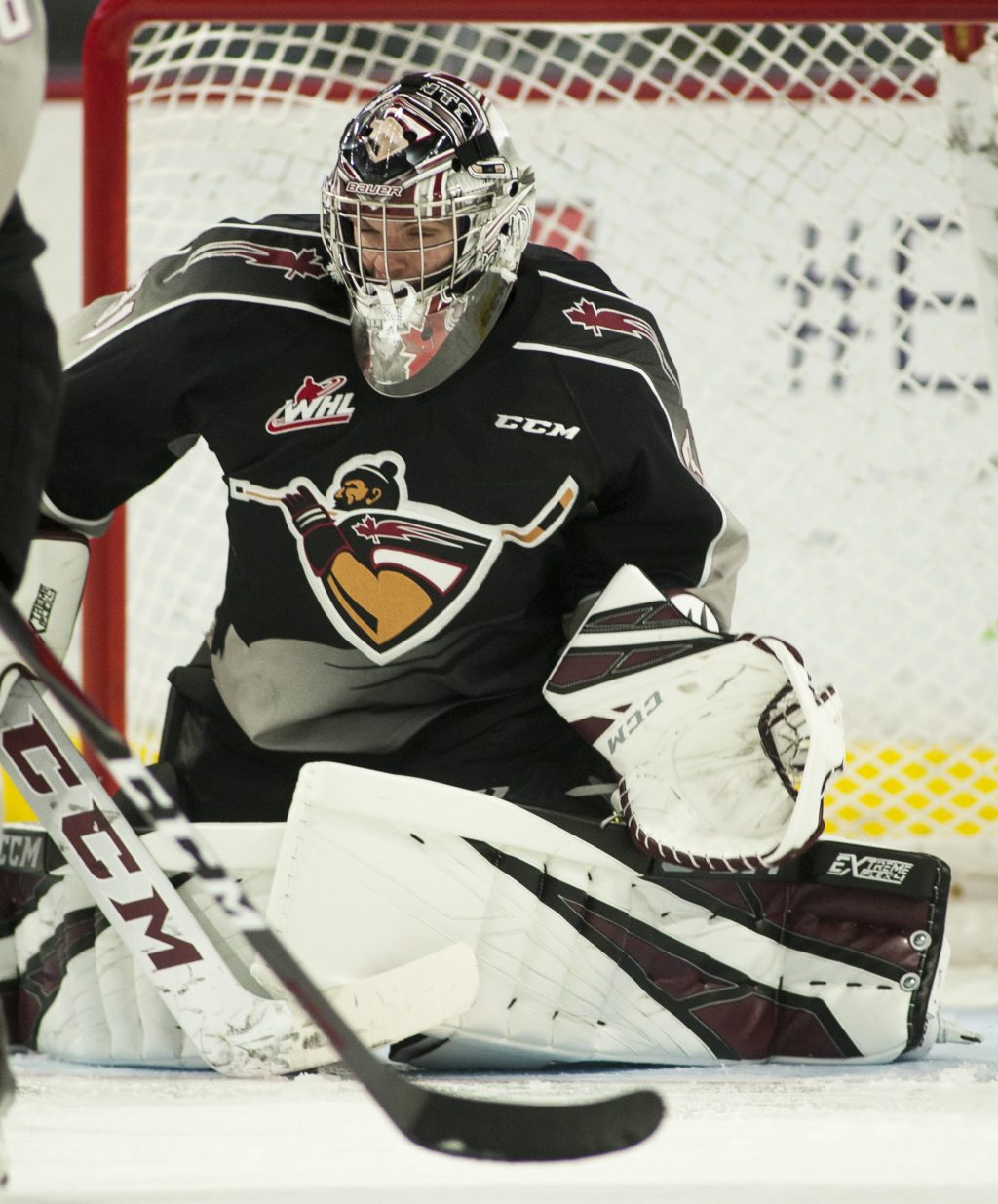 This morning in Everett, WA the Vancouver Giants take aim at their first win of the exhibition season when they clash with the Portland Winterhawks at 11:30 AM. The Giants look to bounce back from a 4-2 loss yesterday to Seattle, while Portland is coming off a 6-5 win over Spokane.

NOTHING LITTLE ABOUT IT:

2002-born forward John Little led all Giants in scoring yesterday against Seattle, posting a goal and an assist. Originally selected by the Giants in Round 3 of the 2017 WHL Bantam Draft, Little signed with the Giants on August 12th.  Because of his late birthday, John Little won’t be NHL draft eligible until 2021.

Up front, Milos Roman will suit up for his first exhibition game of the season. Defensively both Alex Kannok Leipert and Seth Bafaro draw in. Goaltender Trent Miner backed up yesterday, but is once again making the trip to Everett. Odds are that he’ll take the ice as well.

Yesterday the Vancouver Giants and Seattle Thunderbirds combined for 16 minor penalties. The Giants finished the day 1/10 on the power play and 5/6 on the penalty kill. In Portland’s 6-5 win over Spokane, they went 3/7 on the power play. Both coaches would likely appreciate fewer penalties and more five-on-five flow today.