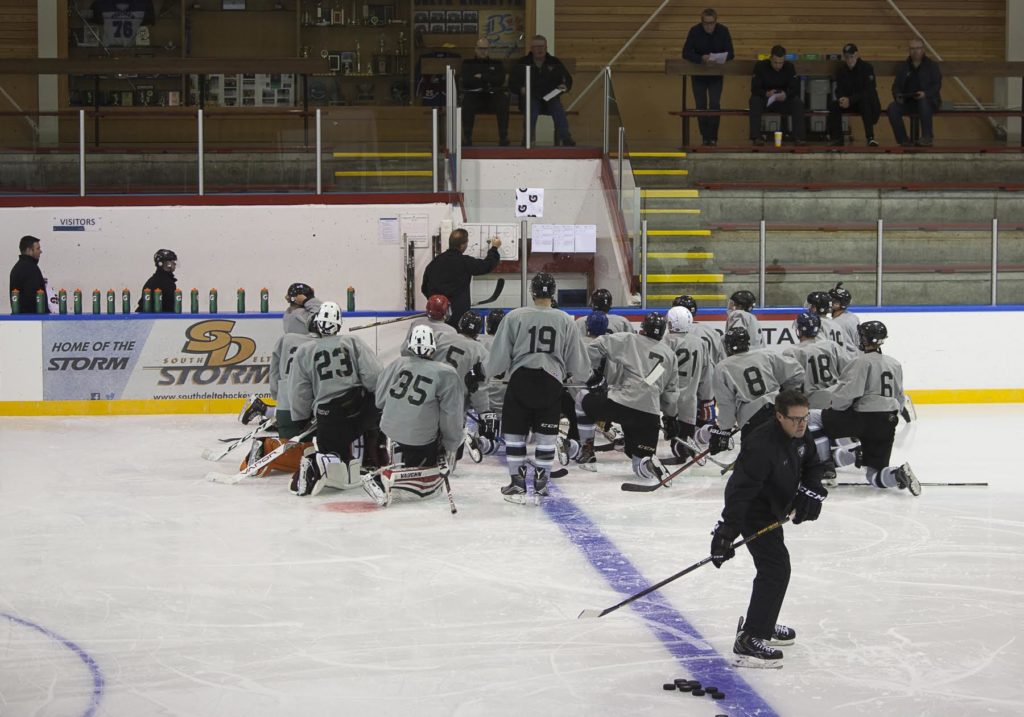 The Ladner Leisure Centre was buzzing with activity Thursday as the 2017-18 season officially got underway for the Vancouver Giants. Training Camp has arrived and if the first practice sessions were any indication, the weekend promises to lack no shortage of intensity and competitiveness.

After registration and some head shot photos, the returning players, prospects and families gathered outside the Ladner Leisure Centre where Giants majority owner Ron Toigo welcomed them all to the 17th Training Camp in the history of the franchise.

Not long afterwards it was time to hit the ice for practice. Each of the three teams spent an hour on the ice with Head Coach Jason McKee, Associate Coach Dean Chynoweth and Goaltending Coach Paul Fricker. Full credit to the players: They persevered through a tough first practice.

Now, veteran players like Ty Ronning, Brad Morrison and Matt Barberis have probably gotten used to Training Camp and the pressures and expectations that follow suite. But for young, newly drafted prospects like Justin Sourdif, Tanner Brown and Krz Plummer (all of whom have signed with the Giants) it’s a much more eye-opening experience the first time around. But that didn’t stop all three players from embracing the experience.

Day 2 of Giants Training Camp begins at 9:00 AM on Friday, August 25th and will feature three 90 minute games all being played at the Ladner Leisure Centre. The entire Day 2 schedule of Training Camp can be found here:

The  Vancouver Giants would like to thank White Spot/Triple O’s for barbecuing food for us. We’d also like to thank Muscle Milk and Kintec Footwear and Orthotics for joining us in our registration area today!