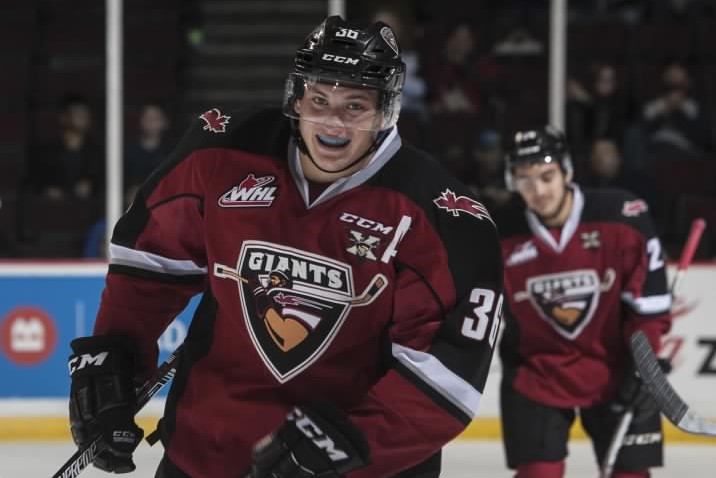 The Vancouver Giants announced on Wednesday that the hockey club has traded 1996-born forward Dakota Odgers to the Moose Jaw Warriors in exchange for a conditional eighth round pick in the 2017 WHL Bantam Draft.

“Dakota has been a valuable member of our organization and our community during his time in Vancouver,” said General Manager Glen Hanlon. “We would like to thank him for his time with our club and wish him all the best in the future.”

Odgers joined the Giants on November 20, 2014 after being acquired from the Swift Current Broncos. The native of Spy Hill, Saskatchewan went on to play 121 games in a Giants uniform over parts of two seasons, tallying 11 goals and 11 assists in that span.