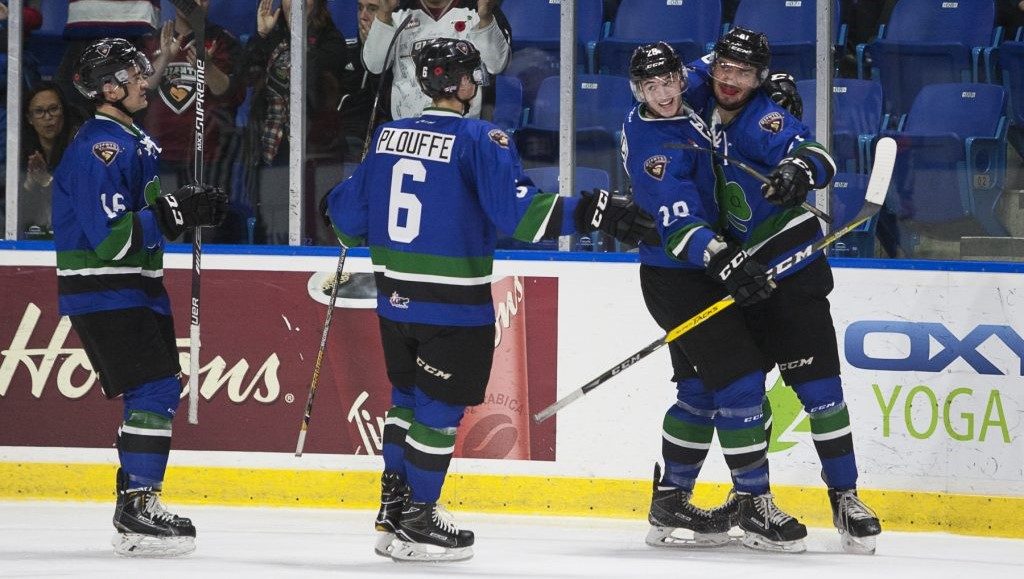 Malm opened the scoring for Vancouver late in the first period, firing a shot past Prince George goalie Nick McBride from off the rush after a nice setup by Tyler Benson. Brad Morrison, a New York Rangers draft pick, tied the game for the Cougars in the final three minutes of the stanza.

Cole Moberg gave Prince George a 2-1 lead in the second period, scoring his first WHL goal on a long shot from the point that found its way past Giants goalie Ryan Kubic. Malm scored again with just under two minutes remaining in the frame to even the score, hammering home the rebound of an Alec Baer shot from the right circle.

Holt scored the eventual game winning goal in the third period on a play that had to be reviewed after he directed the puck into the net from the top of the crease. Bondra added the Insurance Goal of the Game a few minutes later when he knocked a loose puck in the crease into the back of the net for his team-leading 12th goal of the year.

Kubic made 35 saves for his eighth win of the season. Vancouver out shot Prince George 41-37. Both teams went 0-for-2 on the power play.