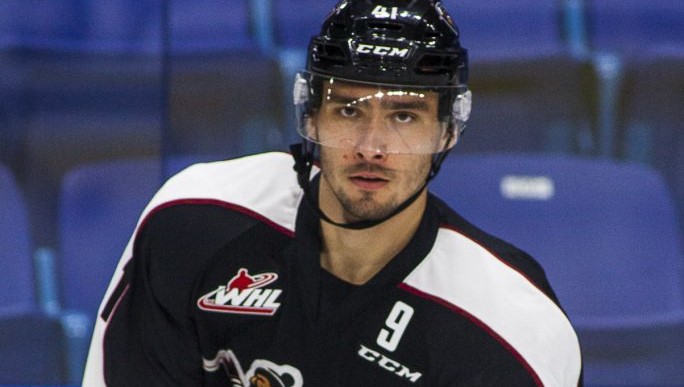 Radovan Bondra scored the game winning goal 1:49 into overtime as the Vancouver Giants skated to their fourth consecutive victory, beating the Medicine Hat Tigers 2-1 at the Canalta Centre on Saturday evening. Ryan Kubic was phenomenal in the Vancouver goal, stopping 36 of 37 shots, while Ty Ronning had the Giants’ other goal.

David Quenneville opened the scoring for the Tigers on a 5-on-3 power play in the first period, beating Kubic with a one-timer from the top of the left circle.

Ronning equalized for Vancouver less than five minutes into the middle frame, tallying an unassisted marker after a great individual effort to dance around a defender in the slot and score on Medicine Hat goaltender Nick Schneider.

Kubic came up big with a number of critical stops in the third period, including a pair of pointblank saves on Steven Owre during a Medicine Hat two man advantage.

Bondra bagged the winner on a 2-on-1 in overtime after Brendan Semchuk got him the puck, and he blew a wrist shot past Schneider from the left circle. It was the Insurance Goal of the Game.

Vancouver’s next game is on Wednesday, October 19th, when the G-Men welcome the Saskatoon Blades to the Langley Events Centre. For tickets, click here or call 604.4.GIANTS (604.444.2687).