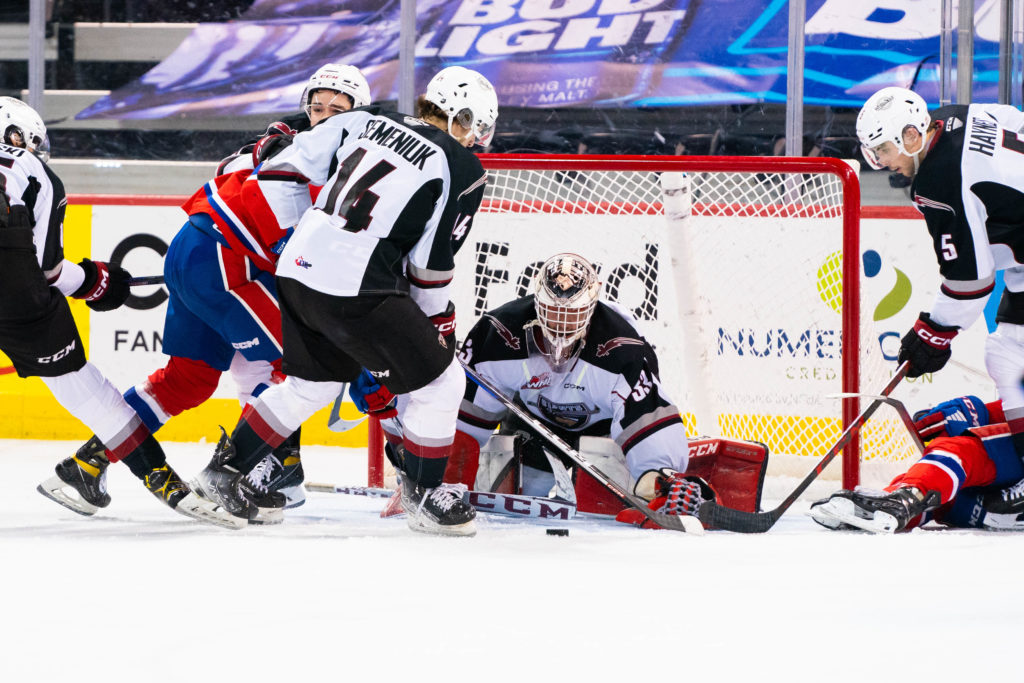 Spokane, WA – The Giants and Chiefs traded goals all night, but Vancouver never trailed and managed to come out ahead 6-4 with a couple of power play goals in the third period.

VAN: Matty Edwards opened the scoring with his first WHL goal 13:03 into the opening frame.

VAN: Zack Ostapchuk brought the Giants ahead with 2:37 left in the first with his 8th of the season and first of the night.

VAN: Ethan Semeniuk capitalized on a pretty passing play by the Giants just under 4 minutes into the second period.

SPO: Carter Streek brought the Chiefs within one with 5:07 remaining in the period.

SPO: Ben Bonni was credited with a goal on a fortunate bounce for the Chiefs to tie the game 2 minutes later.

VAN: Zack Ostapchuk netted his second of the night 0:29 later on a breakaway.`

VAN: Colton Langkow scored the first special teams goal of the evening with a power play goal at 14:22 of the 3rd to give Vancouver a 5-3 advantage.

SPO: Tommaso De Luca scored with 3:20 remaining to bring Spokane back within one.

VAN: Langkow buried his second of the night into the empty net at 19:59 of the third period to ice the game.

Next Game: The Giants head back to the Langley Events Centre to host the Regina Pats on Friday night.