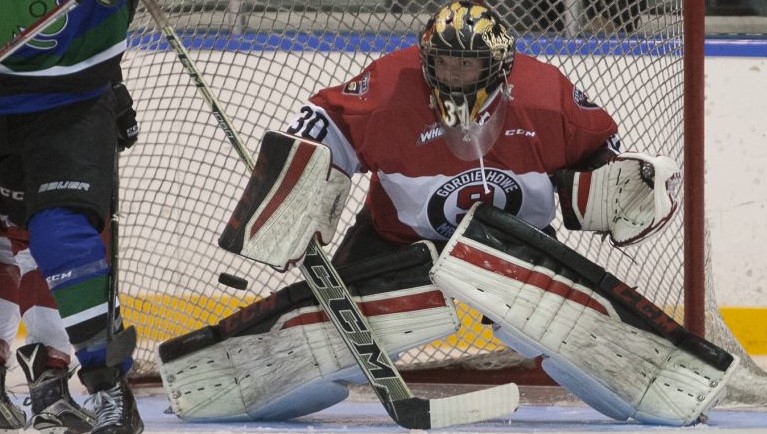 The Vancouver Giants are proud to announce that the hockey club has signed 2001-born goaltender Trent Miner to a Western Hockey League Standard Player Agreement.

“It’s where I’m going to grow and join the community,” said Miner of inking a deal with the G-Men. “It’s somewhere that I’ll be proud to live and proud to have that crest on my chest.”

Miner, a product of Brandon, Manitoba, was drafted by the Giants in the first round of the 2016 WHL Bantam Draft at 20th overall. The 15-year-old net minder played 27 games for the Brandon Wheat Kings Bantam AAA team in 2015/16, posting a record of 23-3-0 with a 1.52 goals against average and five shutouts.

“Solid goaltending is one of the key foundations for an organization,” said General Manager Glen Hanlon. “Trent is a highly rated goaltender that gives us stability in a key position for a long time. He is a very competitive player that his teammates will feed off of and the fans will enjoy.”

The Giants open the exhibition campaign this afternoon when they face the Spokane Chiefs in Everett at the Silvertips’ annual pre-season tournament. Puck drop is set for 3:00pm at the XFINITY Arena.