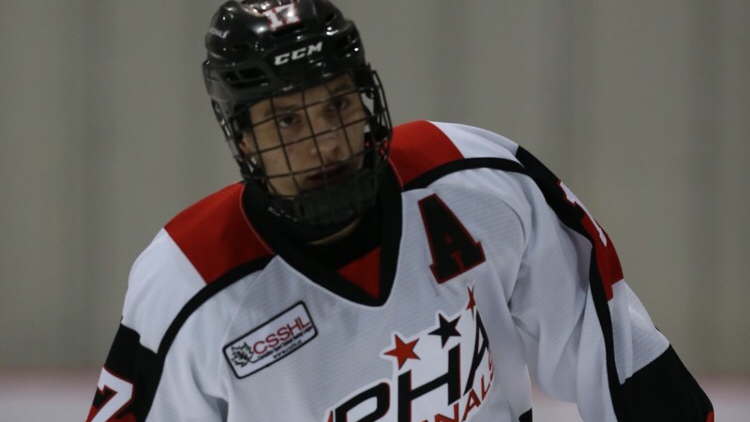 The Vancouver Giants are proud to announce that the hockey club has signed 2000-born forward Cyle McNabb to a Western Hockey League Standard Player Agreement.

“I’m feeling pretty good,” said McNabb of signing in Vancouver. “Because I was never drafted and was a listed player, I had to work extra hard to get to this point. The Giants organization has great people in it and a great fan base and I’m excited to sign with them.”

McNabb, who hails from Winnipeg, spent the 2016/17 season with the Rink Hockey Academy’s Prep team and scored nine goals and 16 assists in 29 games.

“Cyle has worked very hard this year on the ice and in the classroom,” said General Manager Glen Hanlon. “Cyle is a strong two-way centre with exceptional speed. We are very proud to welcome Cyle and his family to the Giants.”