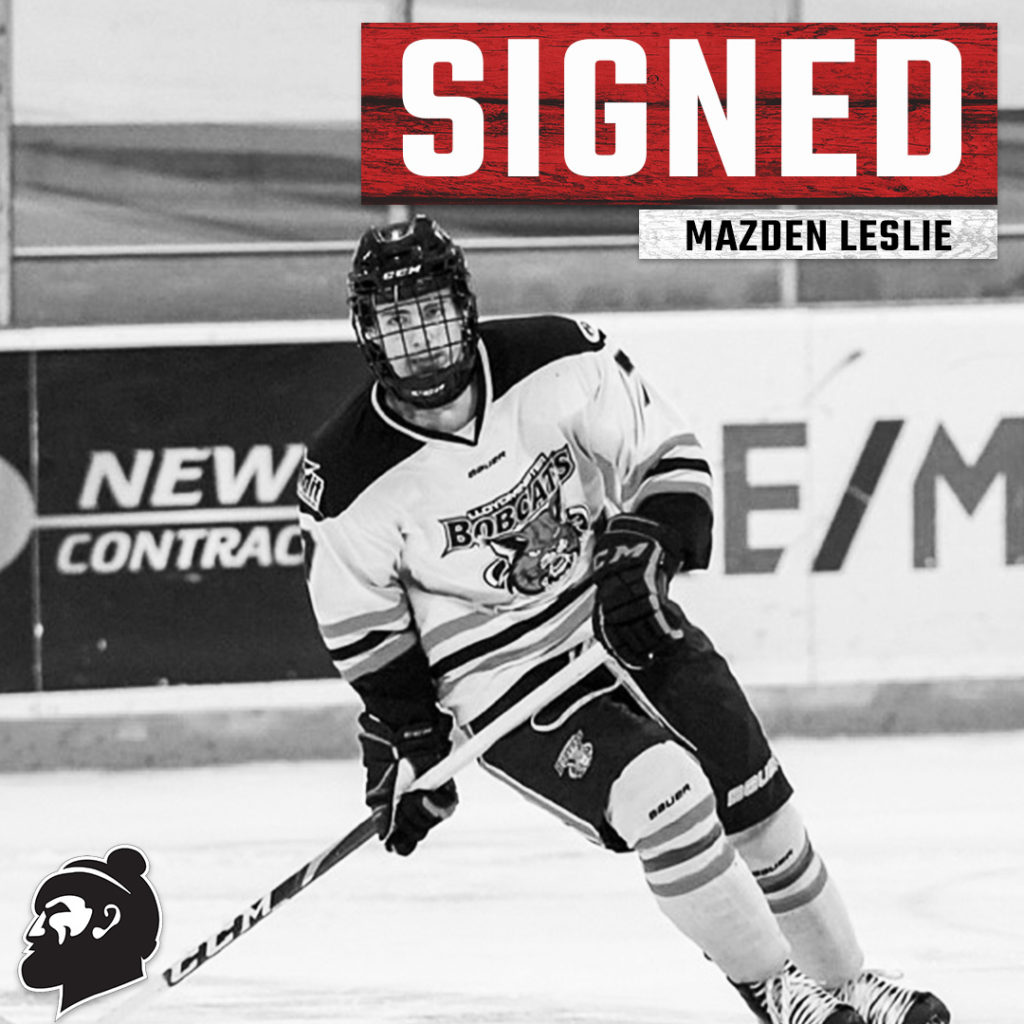 MAZDEN LESLIE SIGNS WITH THE G-MEN

Mazden Leslie was selected 10th overall by the Vancouver Giants in the 2020 Bantam Draft. The 6’0”, 160-pound right-shot defenceman spent the 2019-20 season with the Lloydminster Bobcats Midget AAA program as an under-ager and posted five goals, seven assists and 70 penalty minutes in 32 games.

During his first year of Bantam in 2018-19, Leslie scored 23 goals along with 27 assists for 50 points in 33 games with the Bantam Bobcats. He led the AMBHL in scoring for defencemen, was named AMBHL rookie of the year and was named the league’s Top Defenceman.

“Mazden has shown the talent and ability that will provide a strong foundation to build with moving forward,” said Barclay Parneta. “He has a creative flair to his game that will be exciting to watch for years to come.”

Mazden Leslie adds, “I’m excited and honoured to officially join the Vancouver Giants organization. This is an exciting day for myself and my family, and I’m looking forward to getting started. I can’t wait to hit the ice with my future coaches and teammates at Training Camp.”

As an under-ager, Mazden Leslie is eligible to play in five games with the Giants during the 2020-21 season.