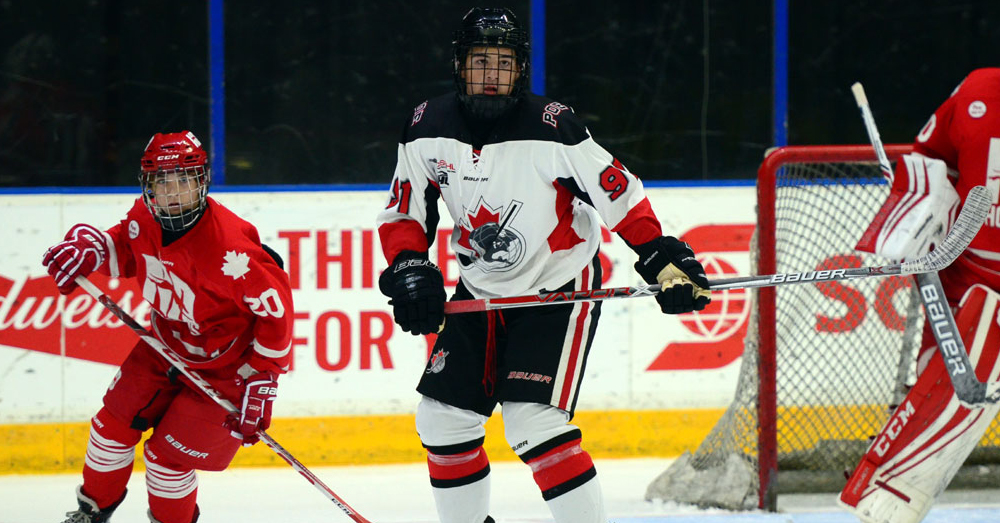 The Vancouver Giants are proud to announce that the hockey club has signed 2002-born forward Krz Plummer to a Western Hockey League Standard Player Agreement. The Giants selected Plummer in the third round (46th overall) of the 2017 WHL Bantam Draft.

“Krz is an all-around player who has a strong physical side to his game and excels in the tough areas of the rink,” said Glen Hanlon, General Manager. “His size is above average for his age, and we think he’s going to be someone who can control the boards and control the front of the net. He was eager to come and play for the Giants, and we’re excited to add him to our group.”

Plummer, who hails from Whitecourt, Alberta, scored eight goals and 13 assists in 27 games with the Pursuit of Excellence’s Bantam Prep team in the 2016/17 Canadian Sport School Hockey League regular season. In the playoffs, Plummer tallied two goals and four assists in five games to help POE to the Bantam Prep Championship. The 6’0”, 200lb forward also played at the Alberta Cup last month where he scored four goals and one assist in five games for Team Northwest.

“It’s been a dream of mine for a while,” said Plummer of signing with Vancouver. “I’m super happy to finally sign, and I’m really excited for the future.”

Per WHL rules, Plummer will only be eligible to suit up in five games for the Giants in 2017/18 before his Midget season comes to an end.