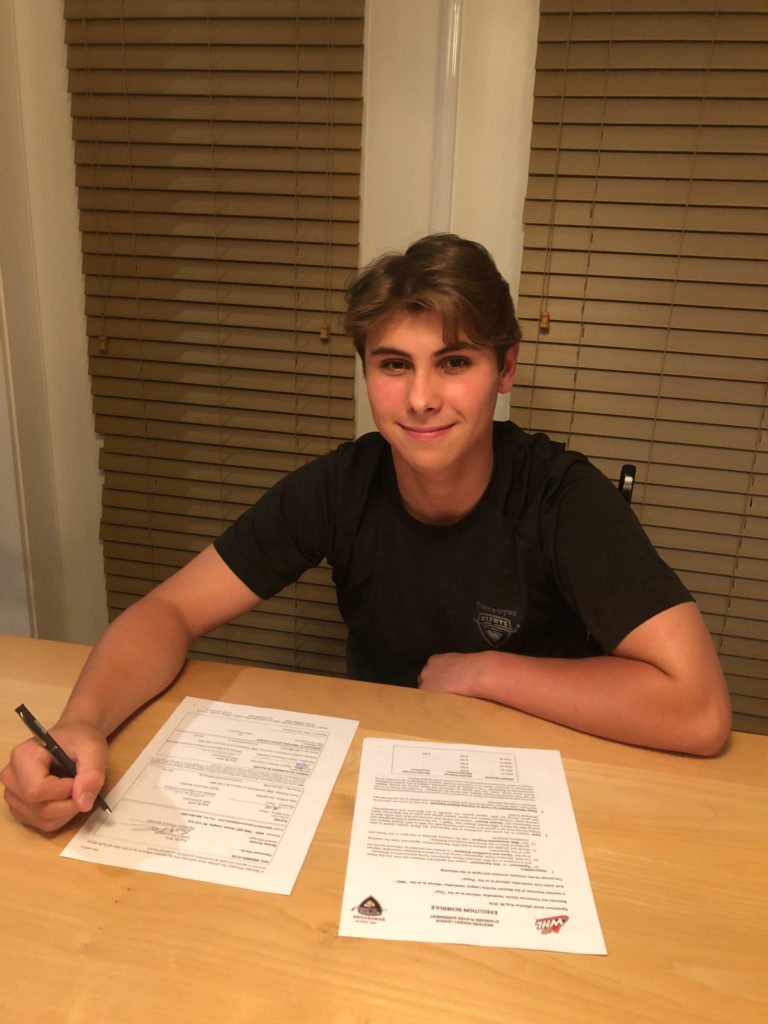 JULIAN CULL PUTS PEN TO PAPER WITH THE GIANTS

Cull (5’11”, 176-pounds) was originally selected by the Giants in the fifth round (109th overall) of the 2019 WHL Bantam Draft. He played last season with the Pacific Coast Academy Bantam Prep team, leading the team with 22 goals and 36 points through 29 games.  He added 16 penalty minutes.

This summer, Cull was invited to attend BC Hockey’s Male U16 POE Provincial Camp. He scored four goals in seven games for Team White. He finished in the top 10 in scoring during the event.

“Julian showed very well at his first Training Camp and has worked extremely hard to get to this point,” said Giants GM Barclay Parneta. “He’s going to give you an honest effort every game and we’re confident that he’ll develop into a reliable player in the future for the Giants.”

“I’m excited and grateful for this opportunity,” adds Julian Cull. “I’m looking forward to taking the ice with the Giants this weekend and seeing what the future holds for me.”

As an under-ager, Cull is eligible to play in a maximum of five regular season games for the Giants until his Midget season ends.

Cull becomes the first player from the Giants 2019 draft class to sign. He is slated to make his preseason debut this weekend when the Giants host a six-team, three-day, seven-game tournament at the LEC. Read more about that weekend here.