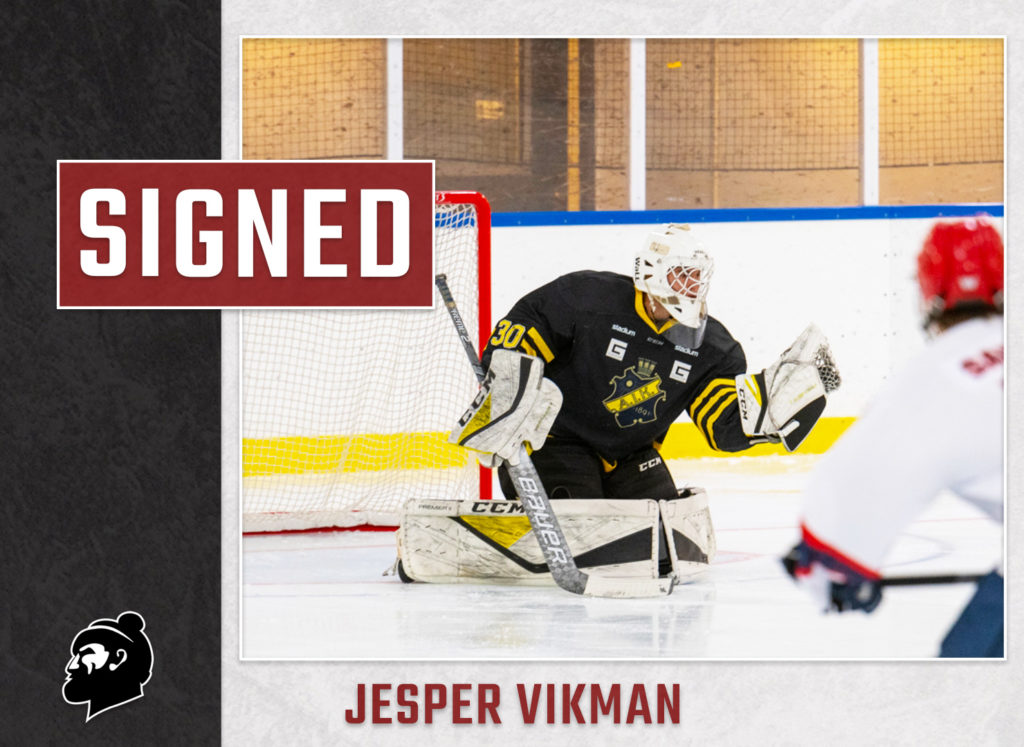 Vikman, a 6’3”, 176-pound left-catching goaltender was selected by the Giants with the eighth overall pick in the 2021 CHL Import Draft. In the 2020 NHL Draft he was a fifth-round selection (125th overall) of the Vegas Golden Knights.

“We are excited to have Jesper continue his development with the Vancouver Giants,” said GM Barclay Parneta. “His international experience, and NHL draft pedigree will make him a valuable addition to our lineup this season.”

Last season he appeared in 22 combined games with AIK J20 (J20 Nationell), AIK (HockeyAllsvenskan) and Tyresö/Hanviken (HockeyEttan) in Sweden. He finished with a 10-10 record and one shutout.

Internationally Vikman has represented Sweden three times since the start of the 2018-19 season (U18 and U17) and posted a 2-1 record.