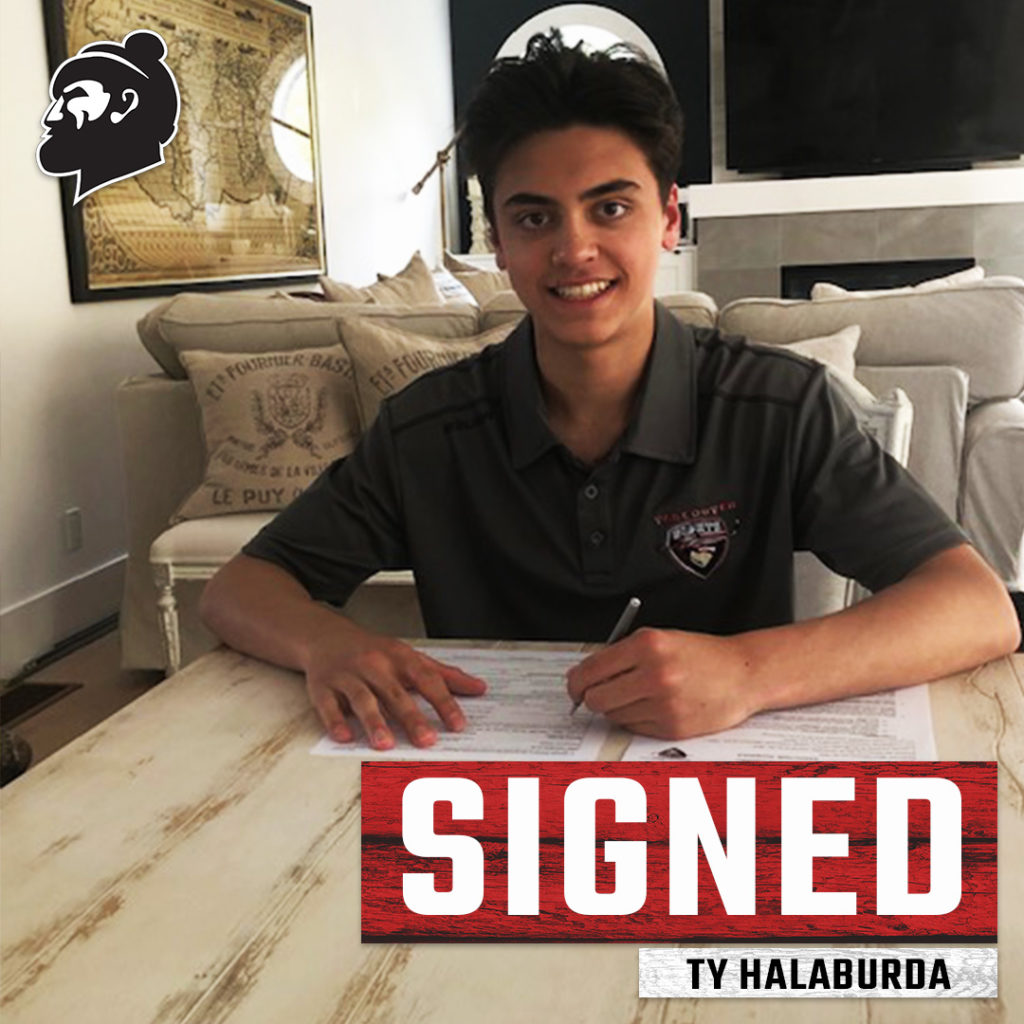 Halaburda was drafted by the G-Men with the 32nd overall pick in the 2020 WHL Bantam Draft. During the 2019-20 season he served as captain for the CSSBHL’s Pacific Coast Bantam Prep program. The 5’10”, 146-pound forward registered 27 goals along with 26 assists for 53 points in 28 games while adding a goal and two assists in two playoff games. He was the first forward and the first BC-born player selected by Vancouver in the 2020 Draft.

“Ty’s coaches and our scouts can’t say enough about his work ethic and his exceptional character and leadership,” said Barclay Parneta. “He’s a strong skater with a high hockey IQ. He displayed a skillset to make exciting plays with attention to defensive responsibility. We see a ton of upside. We’re thrilled that he and his family have committed to the Vancouver Giants.”

“Signing with the Vancouver Giants is a dream come true,” adds Ty Halaburda. “I’m looking forward to what the future has in store for me and I’m going to continue working hard to join the Giants as fast as possible.”

Ty Halaburda marks the second 2020 Draft selection by the Giants to sign with the team, joining first-round pick Mazden Leslie who signed yesterday. He is eligible to play in five games with the Giants as an under-ager during the 2020-21 season.