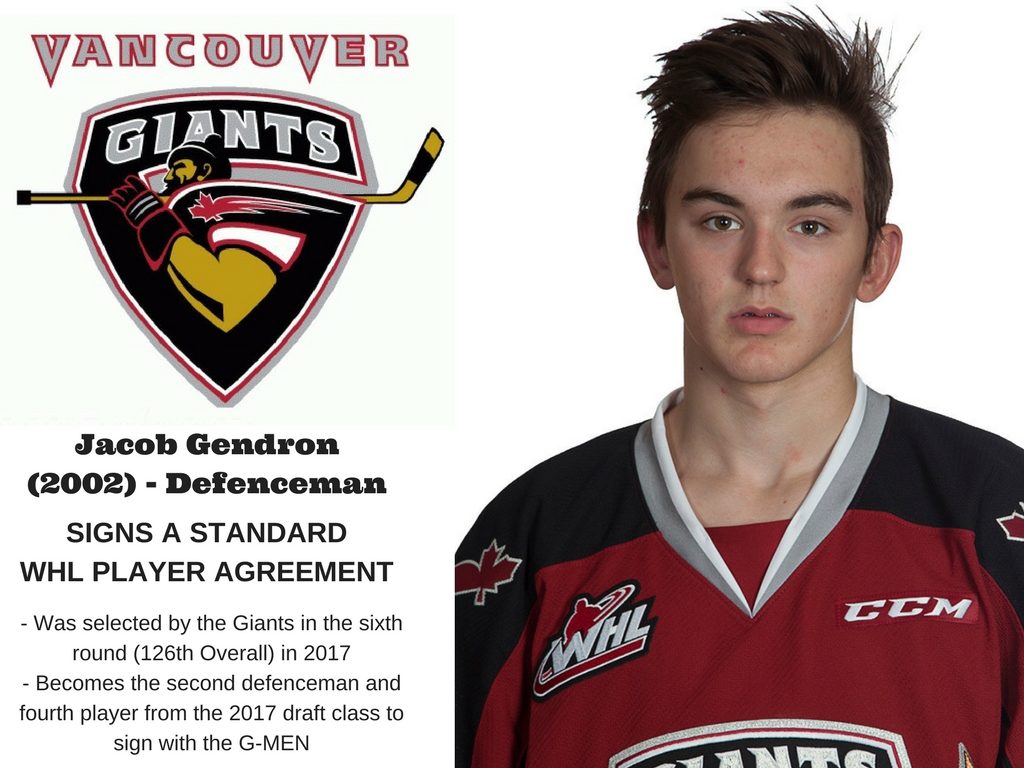 Originally selected by the Giants in the sixth round (126th Overall) of the 2017 WHL Bantam Draft, Gendron becomes the second defenceman and fourth player already from the Giants 2017 draft class to sign with the team. Last season the 6’0, 170 pound defenceman played for the Prince George Bantam Tier 1 Cougars and also appeared in five games as an under-ager for the 2017 BC Major Midget League champs, the Cariboo Cougars.

“Jacob was a player that we really coveted heading into the draft,” said Giants General Manager, Glen Hanlon. “He got better each time he took the ice during Training Camp and competed very well against older competition. He’s going to play a big role for the Vancouver Giants in the seasons to come.”

“It’s a huge honor for me to sign with the Vancouver Giants,” adds Jacob Gendron. “I really enjoyed my Training Camp experience and I’m so proud to be a part of the Vancouver Giants family. This season I’m going to continue to work extremely hard to make sure that I’m ready to make the jump to the WHL as quickly as possible.”

The Vancouver Giants will take the ice for their first preseason game on Friday morning when they battle the Seattle Thunderbirds at 11:30 AM. That game takes place in Everett, WA.