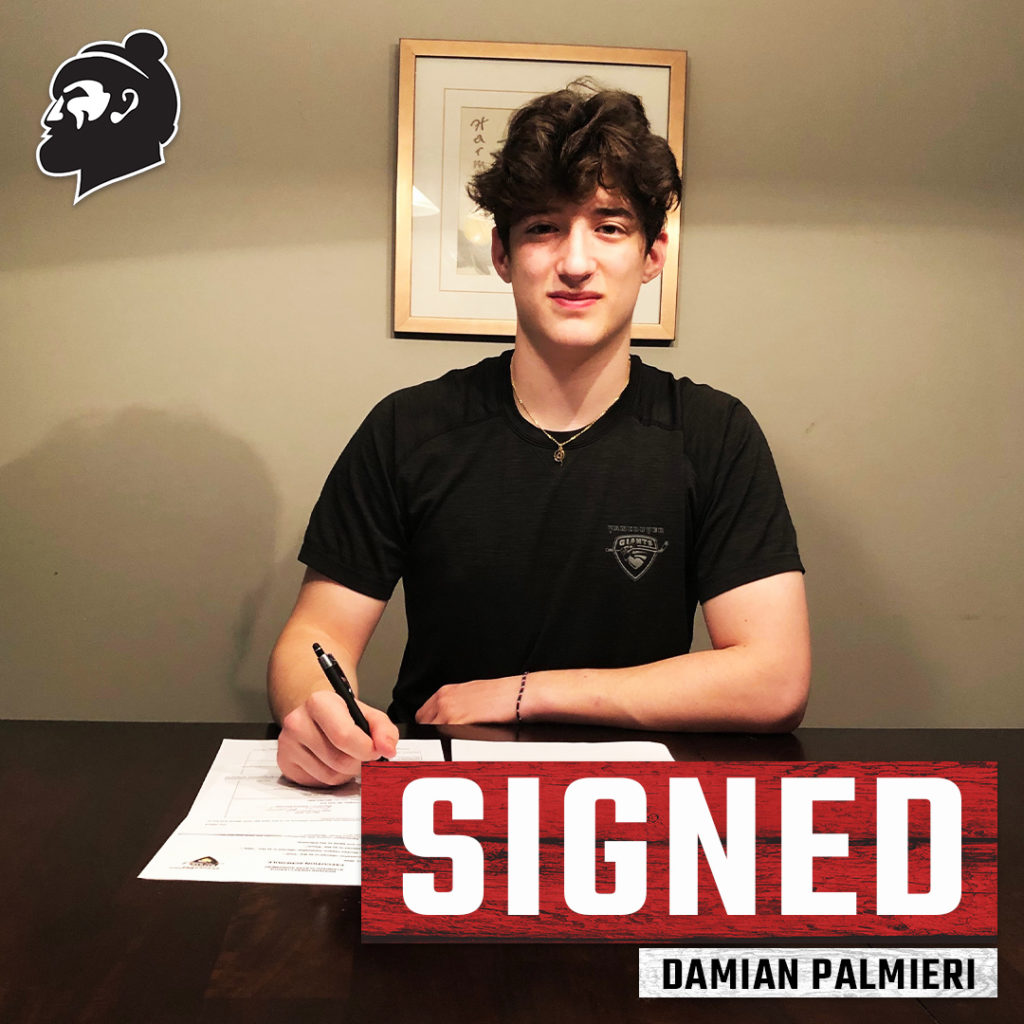 DAMIAN PALMIERI INKS WITH THE G-MEN

Originally selected by the Giants in Round 4 (87th overall) in the 2019 WHL Bantam Draft, the 6’0”, 177-pound left-shot defenceman joins the Giants after wrapping up his midget season with the Delta Hockey Academy’s 16U Program. A season prior as a Bantam, Palmieri scored seven goals and added 15 assists for 22 points in 29 games while adding 52 penalty minutes.

“He is a physical, two-way defenceman that does not shy down from battles,” said Barclay Parneta. “His development has trended well over the past year and he has a similar foundation to the types of players that we have been having success with in recent seasons.”

“A year ago I was so happy to have been drafted by my hometown WHL team, and to sign with them today is an incredible feeling,” adds Palmieri. “I’m excited for Training Camp and the opportunity to compete for a roster spot next season.”