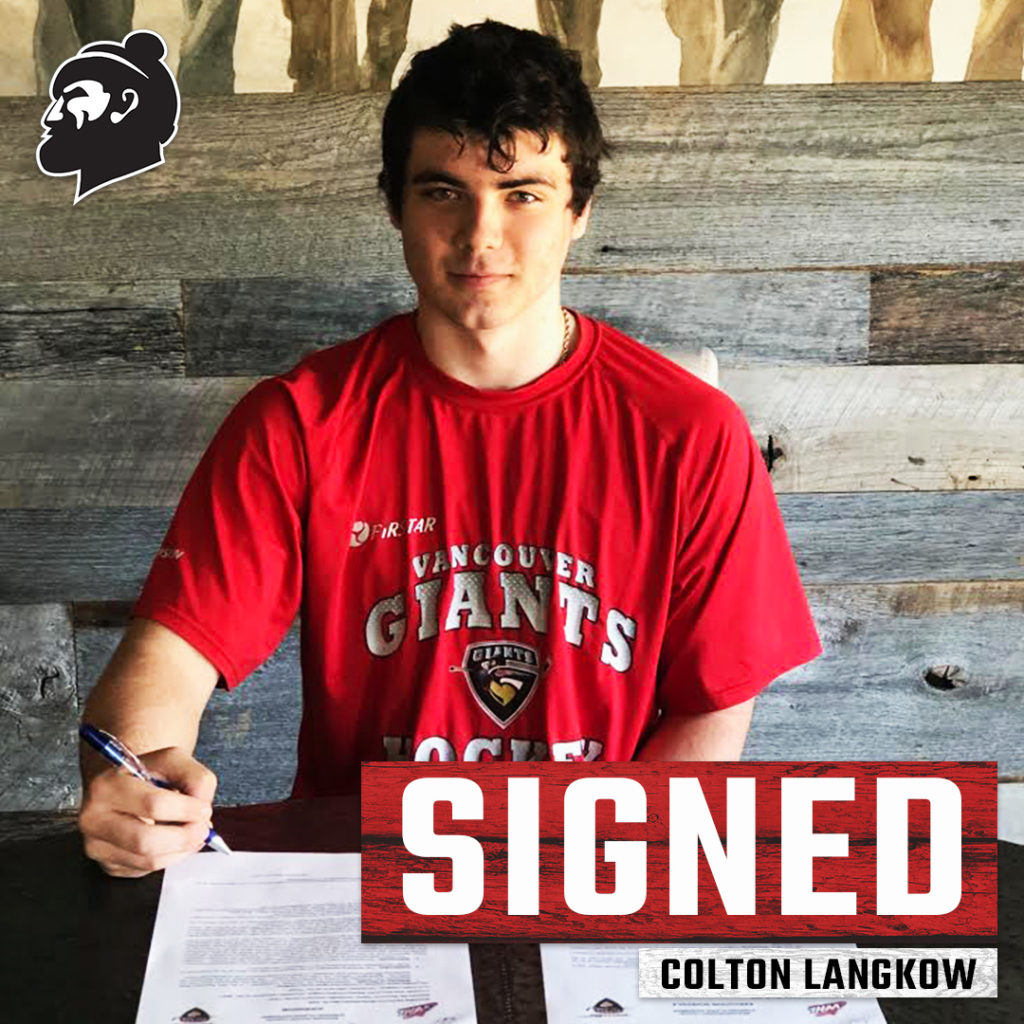 The 5’10”, 168-pound forward was originally drafted by the Giants in the fifth-round (99th overall) in the 2019 WHL Bantam Draft. In 19 games with the Phoenix Jr. Coyotes U15 program he scored 11 goals while adding six assists for 17 points. He appeared an additional 10 games with the Jr. Coyotes U16 team.

“Colton is a hard-working, honest player with a high hockey IQ and good skill set,” said Barclay Parneta. “His compete and passion are evident when you watch him. It’s not hard to see that he has the traits we value as an organization and those traits will allow him to succeed as a Giant. We look forward to seeing him in a Giants uniform.”

“It’s an honour to sign with the Vancouver Giants and to begin the next chapter of my hockey career. I’m excited for the future and all that lies ahead,” adds Colton Langkow.