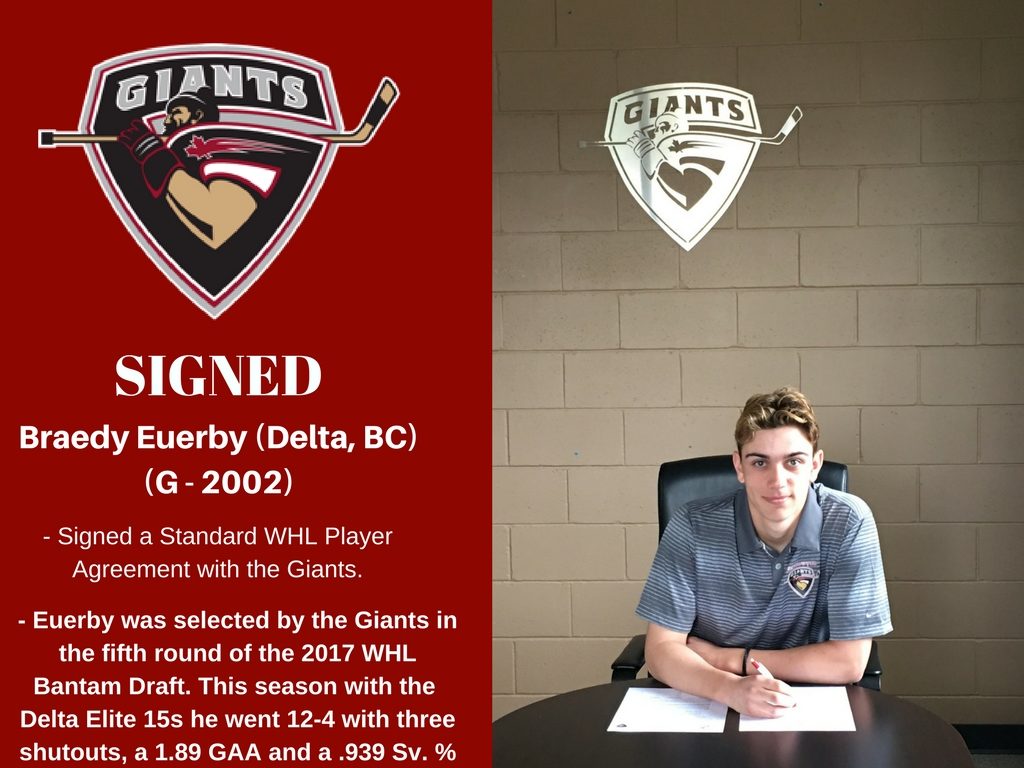 Originally selected by the Giants in the fifth round (103rd overall) in the 2017 WHL Bantam Draft, the 6’0”, 170-pound goaltender recently capped off a terrific season with the Delta Hockey Academy Elite 15s. In 16 appearances, Euerby went 12-4 with two shutouts, a league-best .939 save percentage and a 1.89 goals-against-average. The season prior he went 11-0 in 12 appearances with Delta Academy’s Bantam Varsity Green team and helped guide them to a CSSBVHL championship. That same season he finished with the league’s best goals-against-average (0.45), save percentage (.970) and was named the league’s Top Goaltender for his efforts.

“When we drafted Braedy last year, we knew we were drafting an athletic, hard-working goaltender with a tremendous upside,” said Giants GM Glen Hanlon. “You can never have enough quality goaltenders in your organization and Braedy is a proven winner who will compete hard for playing time in the seasons to come. We’re thrilled to welcome Braedy and his family to the Vancouver Giants organization.”

Tonight in Victoria, the Vancouver Giants battle the Victoria Royals in Game 7 of their first-round playoff series. The winner will battle the Tri-City Americans in Round 2 beginning later this week.