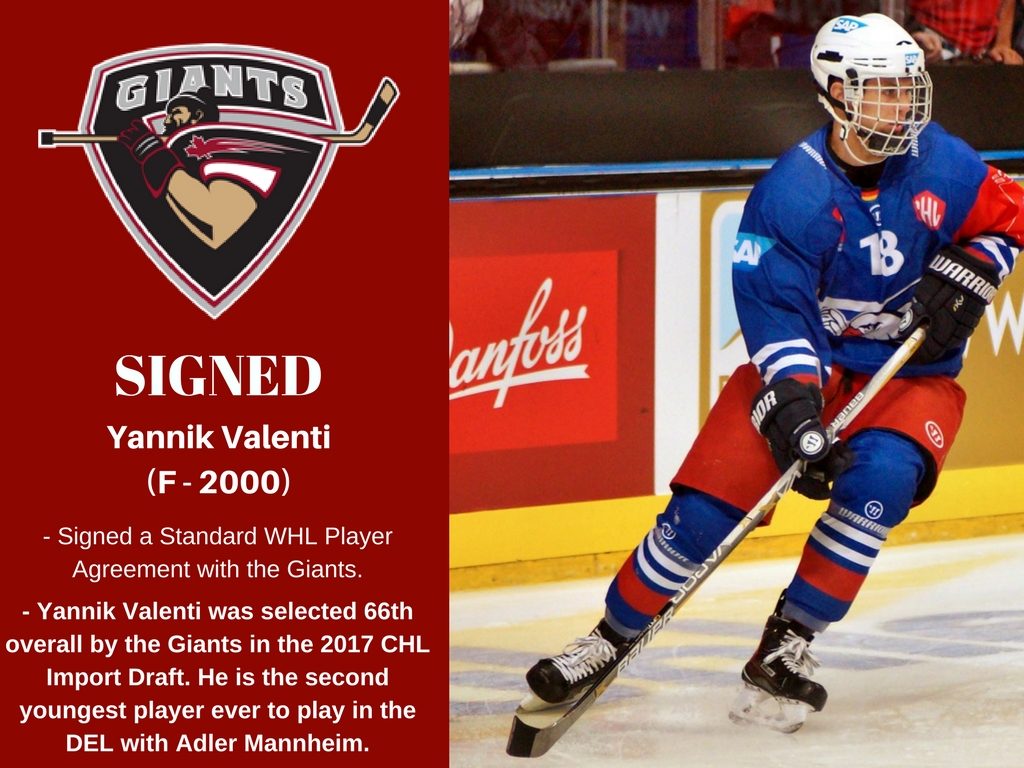 Originally selected by the Giants in the second round (66th overall) of the 2017 CHL Import Draft, Valenti checks in at 5’10” and 174 pounds and is eligible for the 2019 NHL Draft.

“Yannik is a dynamic, highly skilled player who has the ability to be an impact offensive player for us in the seasons to come,” said Giants GM Glen Hanlon. “We’re very excited to add a player of his skill-set and character to our roster for next season and he’s excited to come to Vancouver to begin the next chapter of his junior hockey career.”

Tonight in Kennewick, WA the Vancouver Giants continue their southern road-swing when they clash with the Tri-City Americans at 7:05 PM. Tomorrow night the G-Men battle Spokane before returning to Kennewick for a Sunday showdown with the Americans at 5:05 PM.