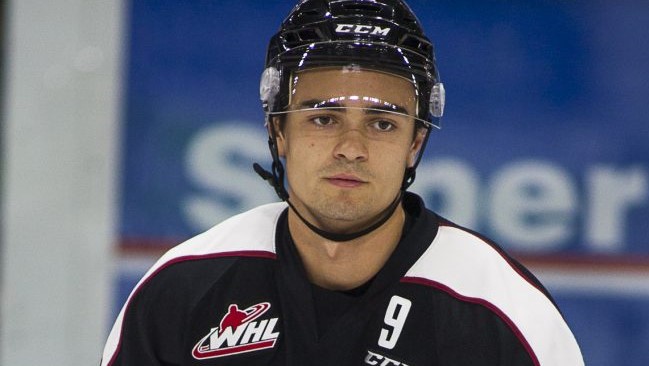 “This was a hard deal for us to do,” said majority owner Ron Toigo. “Thomas has been a great soldier for the Giants ever since we drafted him. He’s been a rock for our organization over the last couple of years, but we felt it was important to send him to a place where he will have an opportunity to win. We wish him the best of luck with Moose Jaw the rest of the season.”

Foster, who hails from Slave Lake, Alberta, was drafted by the Giants in the first round of the 2011 WHL Bantam Draft and went on to play 259 regular season games in a Vancouver uniform, scoring 42 goals and 84 assists. He also appeared in four playoff games for the Giants in 2013/14, scoring one goal.

Watts has scored four goals in 40 games for the Warriors this season. The Bakersfield, California native played in 10 playoff games for Moose Jaw as a 16-year-old rookie last season. The Warriors drafted him in the third round of the 2014 WHL Bantam Draft at 62nd overall.