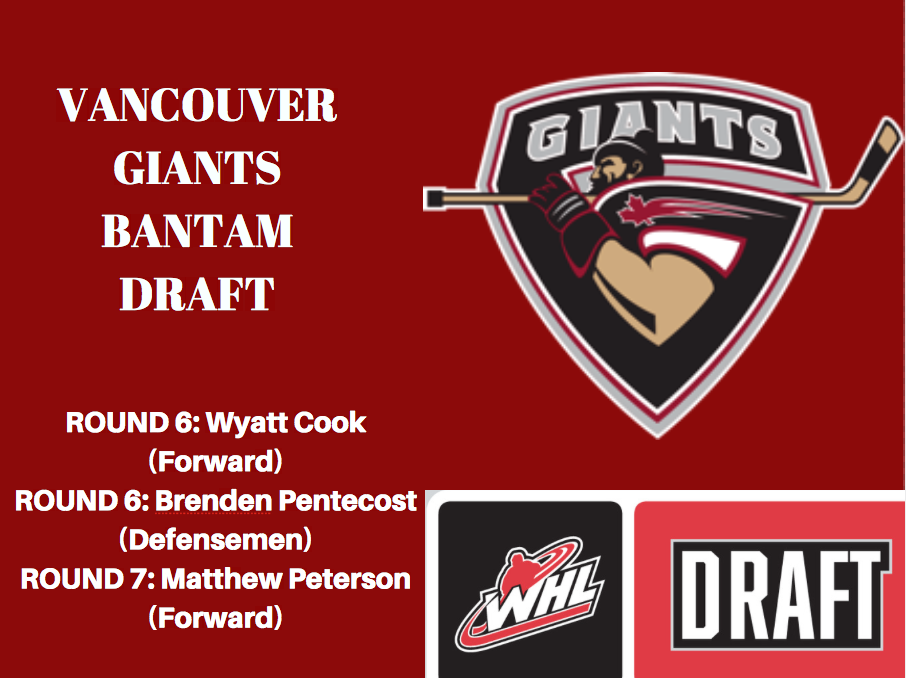 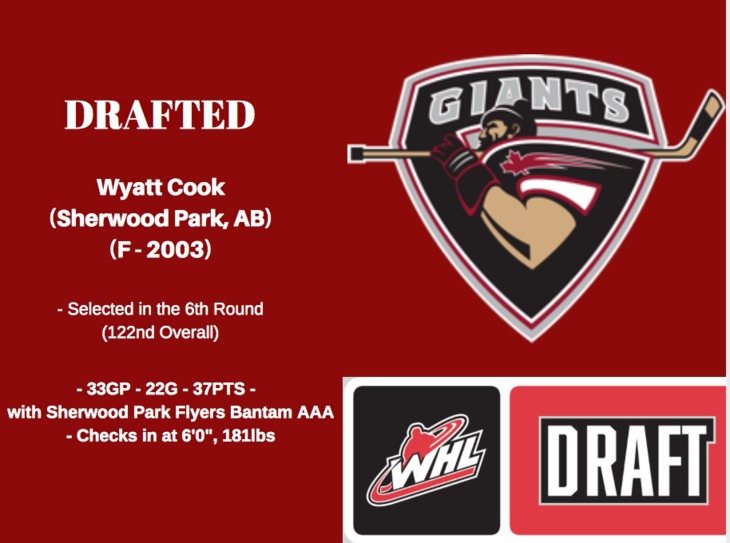 Cook checks in at 6’0”, 180 pounds and just capped off a solid offensive season with the Sherwood Park Flyers. In 33 games with the Flyers he posted 22 goals and 15 assists for 37 points while adding 62 minutes in penalties.

“Wyatt Cook is legitimate scoring threat each time he takes the ice,” said Giants Director of Scouting, Dan Bonar. “He doesn’t back down from physical play, he skates hard and puts himself into great position offensively. This is a great pick for the Vancouver Giants!”

Cook was the third Alberta player selected by the Giants on Draft Day.

Four picks later the Giants went back to British Columbia with the selection of Surrey B.C. native Brenden Pentecost. 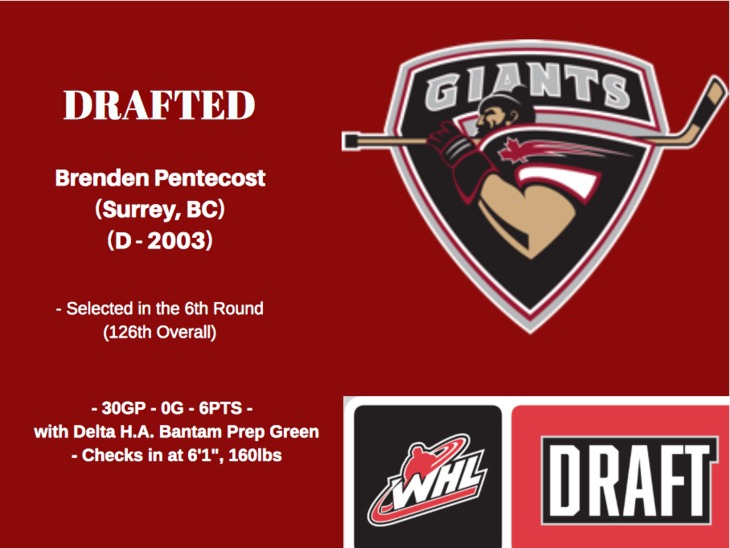 Pentecost, a left-shooting defenceman, stands 6’1” and 160 pounds and played in 2017-18 season with the Delta Hockey Academy’s Bantam Prep Green program. In 30 games he recorded six assists and 10 penalty minutes and added an assist in three playoff games.

“Brenden is solid in all areas of the ice,” said Giants Head Scout Terry Bonner. “He’s not fancy, but he’s a ‘presence’ on the ice. He makes a strong first pass, defends hard and plays the game with the type of fire that’ve been coveting in this draft.”

In Round 7 the Giants stayed in B.C. to select Delta native Matthew Peterson. 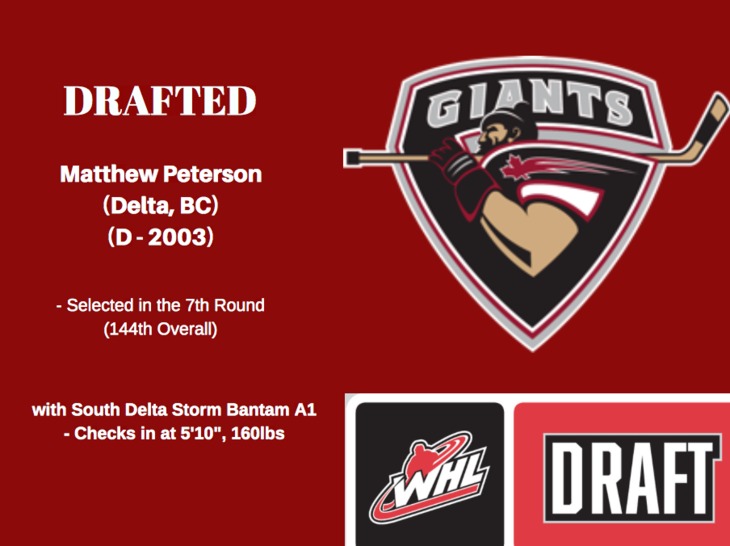 Terry Bonner says, “Matthew plays the game hard all the time. He loves to score, loves to hit and demonstrates the type of leadership that will be very valuable to the Vancouver Giants moving forward.”

Pentecost and Peterson were the second and third B.C.-born players drafted by the Giants on Draft Day.