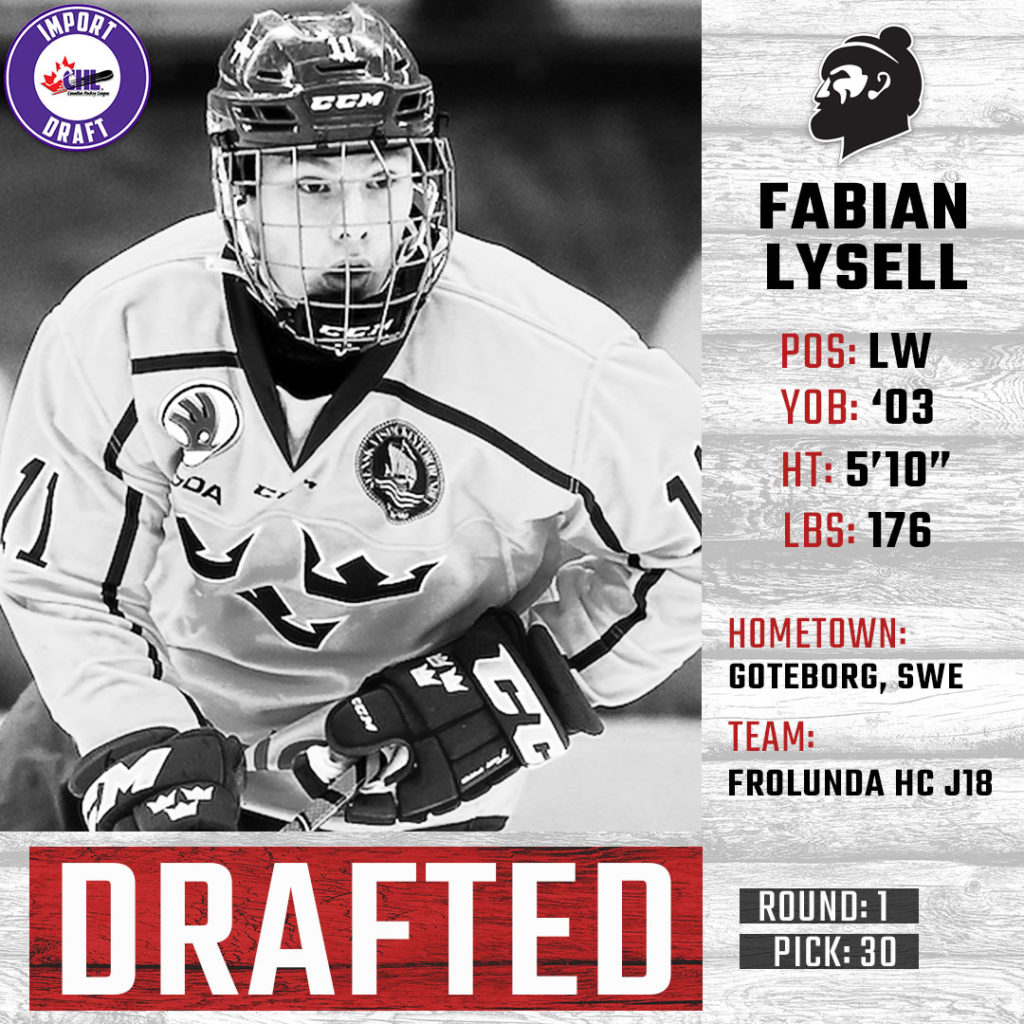 Internationally Lysell led Sweden with seven points (5G, 2A) in five games during the 2019 World Under-17 Hockey Challenge. Over the past two seasons, Lysell has represented Sweden in 22 international games and has managed 16 goals and 16 assists for 32 points. He is considered a top prospect for the 2021 NHL Draft.

Lysell is the first Swede selected by the Vancouver Giants in the CHL Import Draft since Casper Carning was chosen in 2010. The Giants will make a second selection with the 90th overall pick. You can follow along with the 2020 CHL Import Draft by clicking the link below.