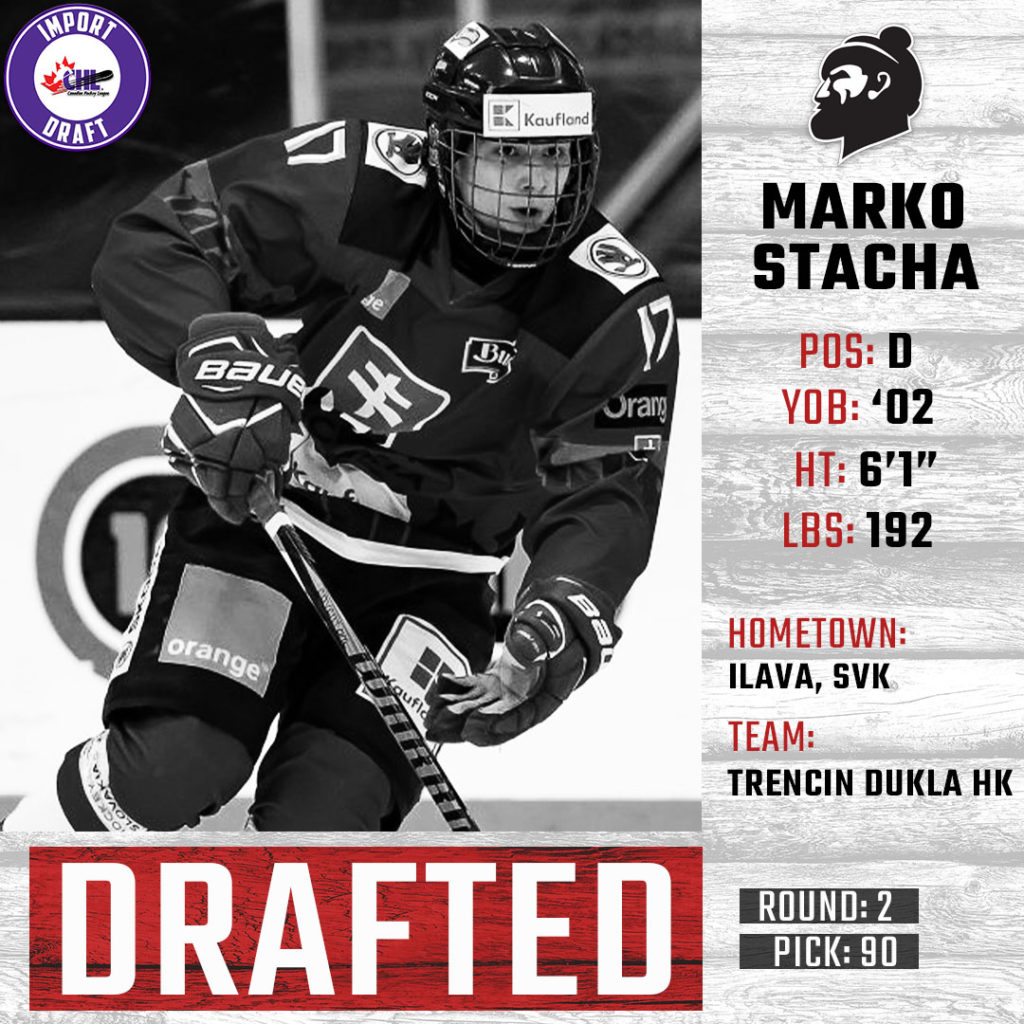 With the 90th overall selection in the 2020 CHL Import Draft, the Vancouver Giants are pleased to select 2002-born defenceman Marko Stacha (Ilava, SVK).

Stacha represented Slovakia in the 2020 IIHF World Junior Championships and recorded one assist and four penalty minutes. He was named one of the top three players on his team for the event. Over the course of three seasons, Stacha has represented Slovakia 22 times in international competition, recording four assists in that span.

Stacha is eligible for the 2020 NHL Draft and was ranked #105 in NHL Central Scouting’s Final Draft Rankings List for European skaters.

Earlier in the day, the Giants used the 30th overall selection to draft Swedish forward Fabian Lysell. For a full recap of the 2020 CHL Import Draft, you can click here.