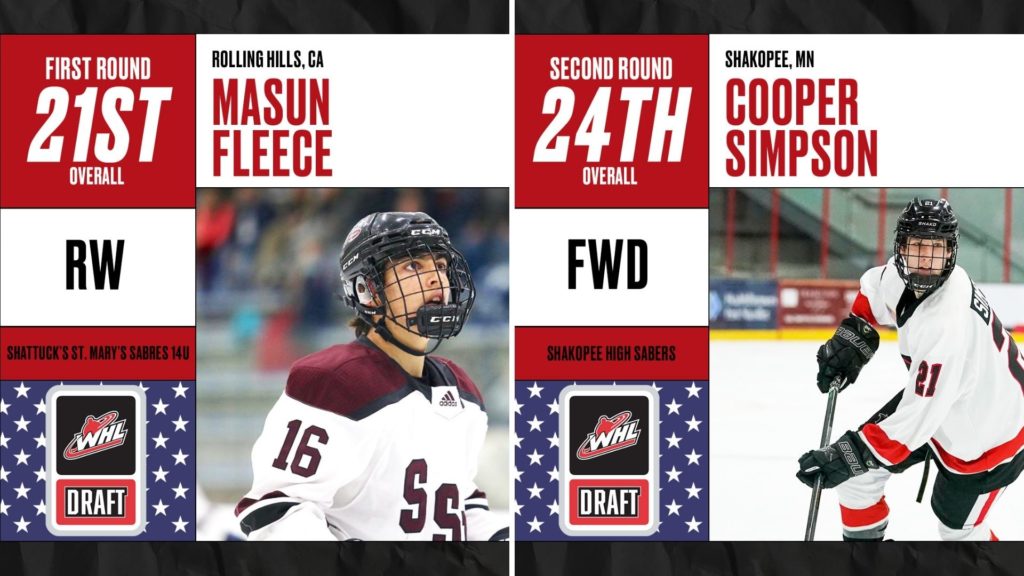 Masun Fleece (Rolling Hills, CA) checks in at 5’9” and 155 pounds. The right-handed shooting winger played last season at Shattuck-St. Mary’s 14U AAA program and managed 45 goals and 61 assists for 106 points in 51 games. He added 23 penalty minutes. The previous season he won the T1EHL 14U championship as a member of the Los Angeles Jr. Kings 14U AAA program.

“Masun has the complete package for the next level,” said Vancouver Giants US Scout Ryan Sawchyn. ”His skating and speed is exceptional. Those attributes combined with a very high compete level and scoring touch makes him an extremely productive player with a very high ceiling.”

Ryan Sawchyn adds, “Cooper is a player who impacts the game immediately. His tool box is full. Very skilled, physical and has a great shot and scoring touch. He plays with an edge and can beat teams in a variety of ways.”

Tomorrow at 9 AM PT, the Vancouver Giants will participate in the 2022 WHL Prospects Draft. The Giants are scheduled to make three first-round selections (7th, 21st and 22nd overall). You can follow along with tomorrow’s draft coverage by clicking the links below.