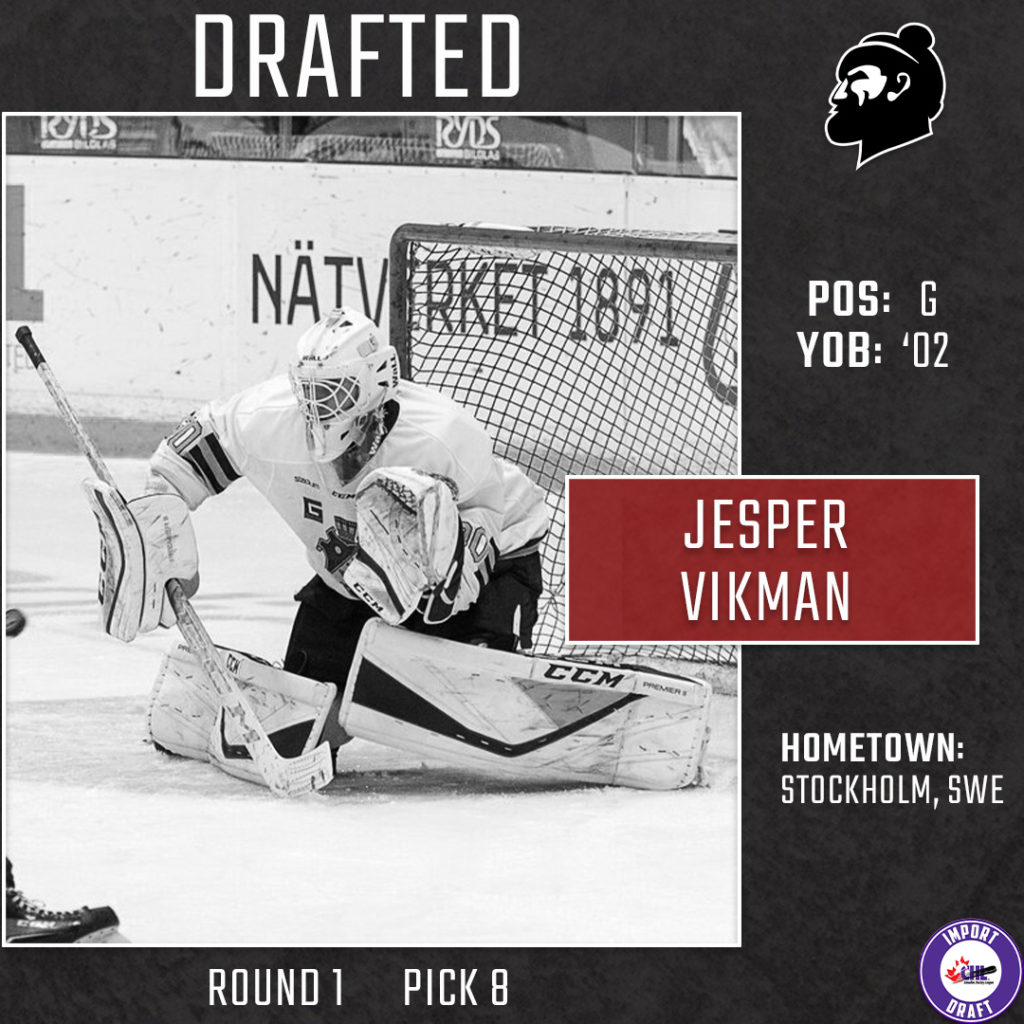 Jesper Vikman was selected by the Las Vegas Golden Knights in the fifth round (125th overall) of the 2020 NHL Draft. The 6’3”, 179-pound left-catching goaltender appeared in 22 combined games with AIK J20 (J20 Nationell), AIK (HockeyAllsvenskan) and Tyresö/Hanviken (HockeyEttan) last season in Sweden. He finished with a 10-10 record and one shutout.

The Giants will not be making a second selection in today’s CHL Import Draft. You can follow along with the entire draft right here.