Giants Select A Goaltender, A Forward and Defenceman With Next Three Picks 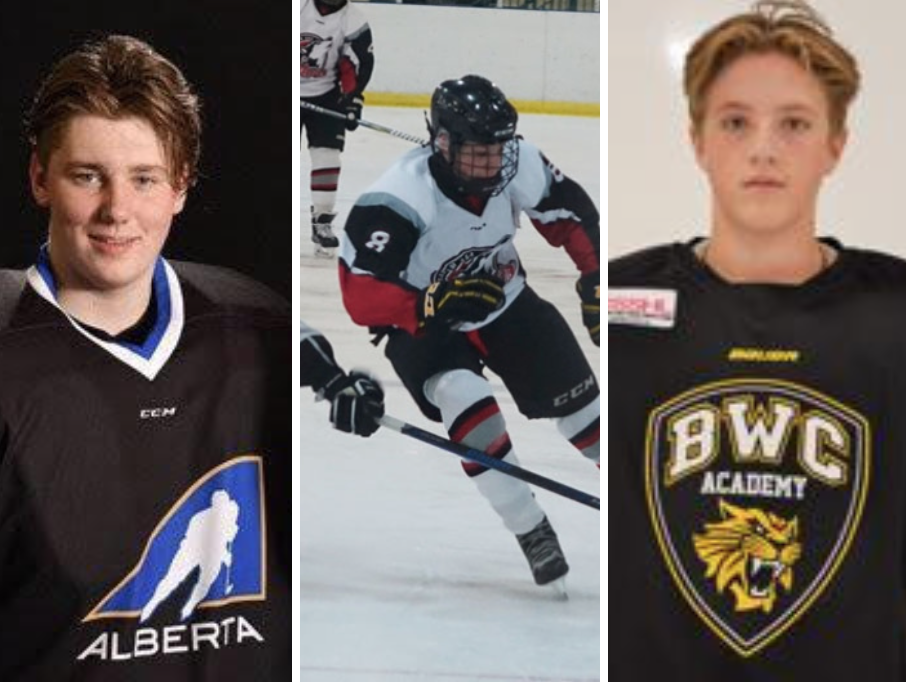 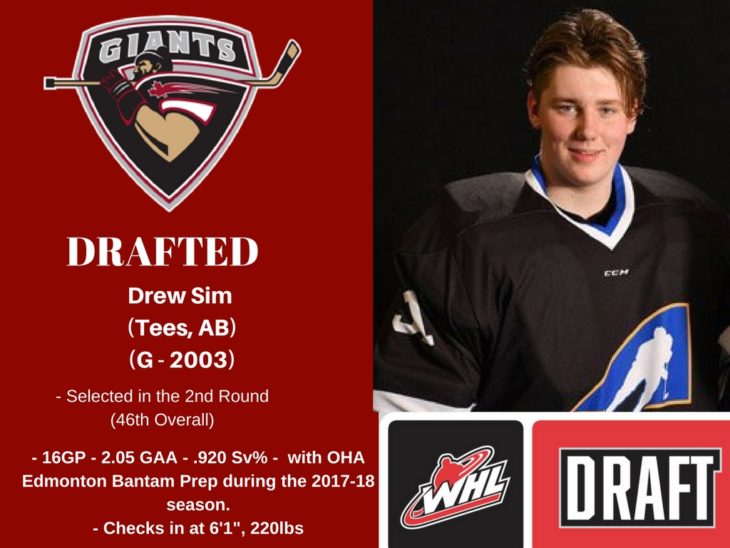 Sim is 6’2” and 190 pounds and played with the OHA Edmonton Bantam Prep program and helped guide them to a league championship. In 16 regular season games Sim posted a record of 13-0-1 with a 2.05 goals-against-average, a .920 save percentage and three shutouts. He was 4-0 in the playoffs with a 1.00 goals-against-average and a .966 save percentage. He played on Team Central at the Alberta Cup and helped them win the tournament championship.

“I was super excited when I heard the news that I was drafted to the Giants,” said Sim who’s currently in Philadelphia competing in the 2018 U15 World Selects tournament. “I’m a big goalie and I like to use my athleticism to be mobile and to be square to the shooters coming in on me.”

“Drew Sim’s compete level is off the charts,” adds Giants General Manager, Glen Hanlon. “He’s a proven winner who rose to the occasion numerous times throughout his season. He’s a big-game goaltender that we’re happy to add to our franchise.”

Sim was the second goalie selected in the 2018 WHL Bantam Draft. 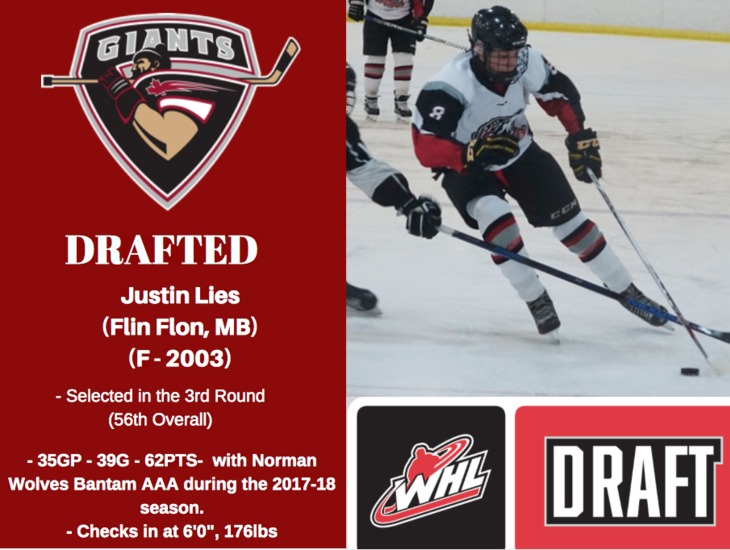 “I’ve been working towards this for a long time, and It’s great to see it all pay off today,” said Lies. “I tried to focus on coming to the rink prepared to play well in each game. I’d say my skating and my shot are my two best attributes.”

Giants Director of Scouting Dan Bonar adds, “Justin’s a natural goal scorer who competes hard and skates exceptionally well. He adds a strong element of character and skill to our organization.” 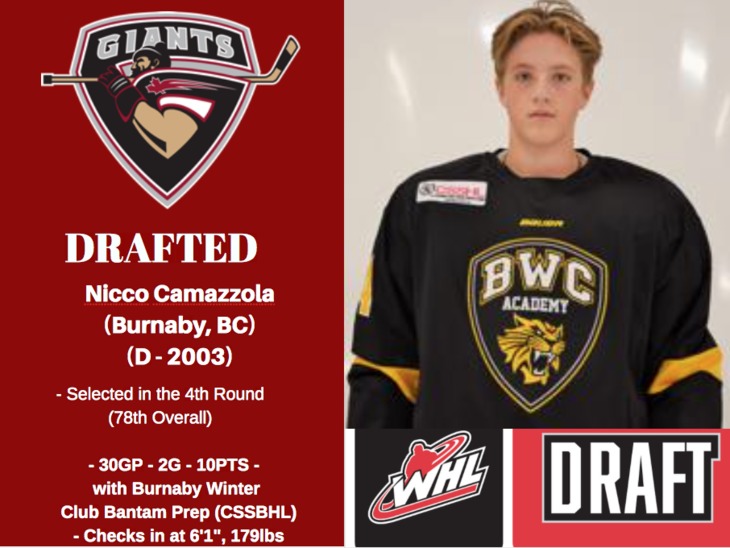 With the 78th overall pick in Round 4, the Giants selected their first defenceman and first BC-born player when they grabbed Burnaby native Nicco Camazzola.

At 6’1”, 179 pounds, Camazzola, a left-handed shot suited up in 30 games with the Burnaby Winter Club Bantam Prep program. He notched two goals and eight assists for 10 points along with 54 penalty minutes. In four additional playoff games he registered 10 penalty minutes.

“Nicco competes hard, has a strong skill-set and plays a strong two-way game that should translate well at the next level,” said Giants Head Scout Terry Bonner. “He’s a steady skater with a strong shot and has loads of upside moving forward.”

The Giants most recent fourth-round pick was Alex Kannok Leipert in 2015.