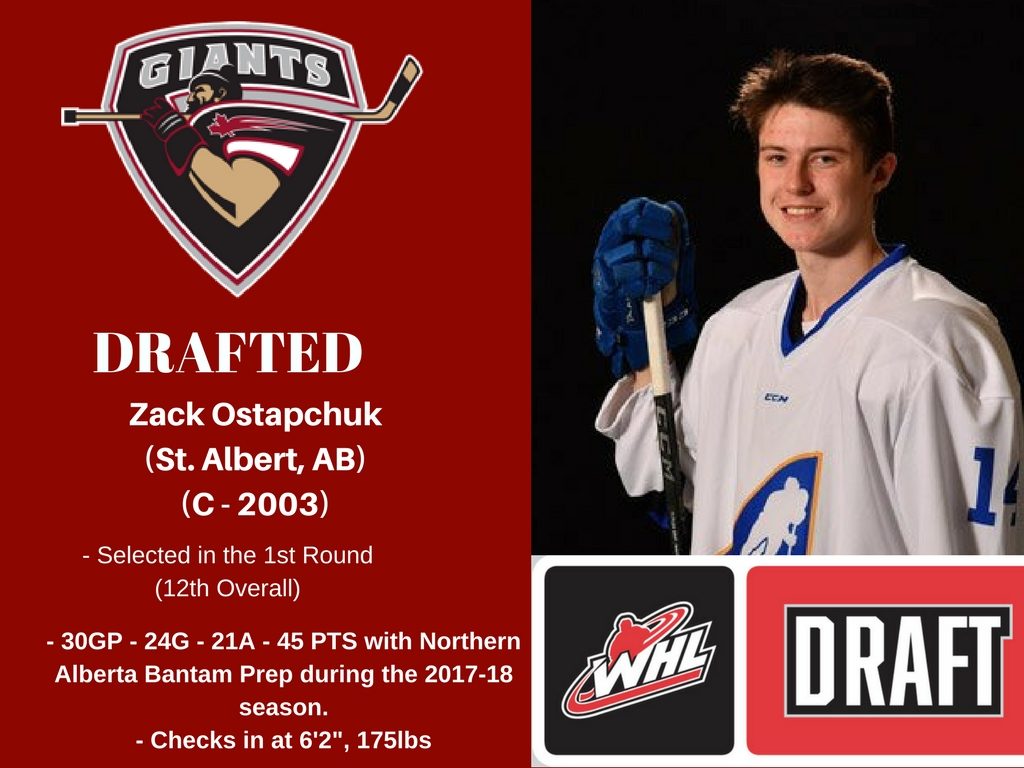 Ostapchuk, a center, checks in at 6’2” and 175 pounds. In 30 games with Northern Alberta Xtreme’s Bantam Prep program he registered 24 goals and 21 assists for 45 points along with 12 penalty minutes. He finished with one goal and four assists in six games at the 2018 John Reid Bantam Tournament and added four assists in five games at the Alberta Cup with Team Northwest.

“Getting drafted by the Vancouver Giants is a dream come true,” said Ostapchuk moments after hearing his name announced by Glen Hanlon at the 2018 WHL Bantam Draft in Red Deer, AB. “Vancouver was always the team that I wanted to play for, and I was through the roof when I heard my name called by the Giants.”

Ostapchuk adds, “Skating, size and strength are all positive parts of my game. I also take pride in my 200-foot game. Putting the puck in the net is important, but keeping it out of your net is twice as important.”

“Zack is a competitor who brings a solid mix of skill, size and strength up the middle,” said Giants General Manager, Glen Hanlon.  “He leads by example in all areas of the ice, skates well and does whatever it takes to win. We’re thrilled to welcome Zack and his family to the Vancouver Giants organization today.”

The Giants next scheduled selection is in Round 3 (46th Overall).