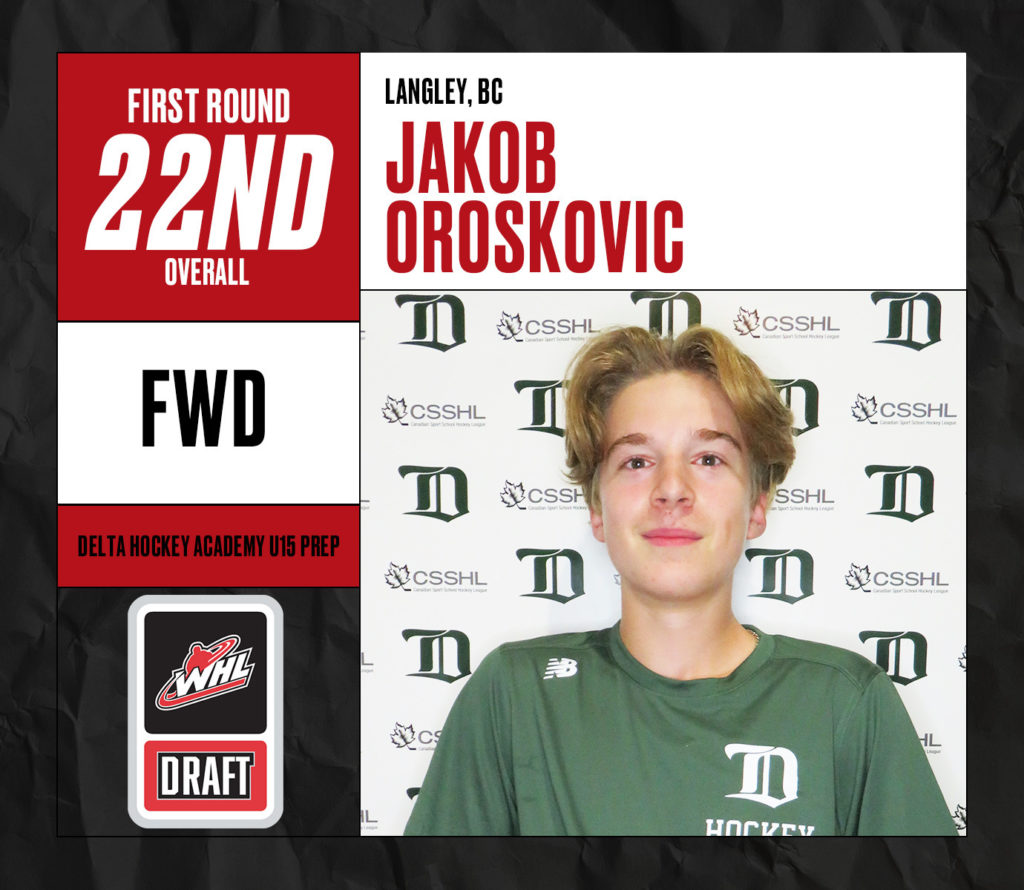 With their final selection of the first round of the 2022 WHL Prospects Draft, the Vancouver Giants are pleased to select 2007-born forward Jakob Oreskovic (Langley, B.C.).

The 5’11”, 146-pound left-shot forward appeared in 28 games with the Delta Hockey Academy’s U15 Prep Green program. In that span he managed 19 goals and 27 assists for 46 points. He added eight penalty minutes. He also suited up in five playoff games and amassed one goal and two assists.

“Jacob brings size and skill and he’s going to compliment our first two picks really well. Our scouts have watched him a lot this year, and we like his character, size and his skillset,” said General Manager Barclay Parneta moments after the selection.

Oreskovic became the third forward and the second BC-born player chosen by the Giants today. Earlier in the first-round the Giants made two previous picks: