Giants Select Forward Duncan Shin In Round 2 of the 2020 WHL U.S. Prospects Draft 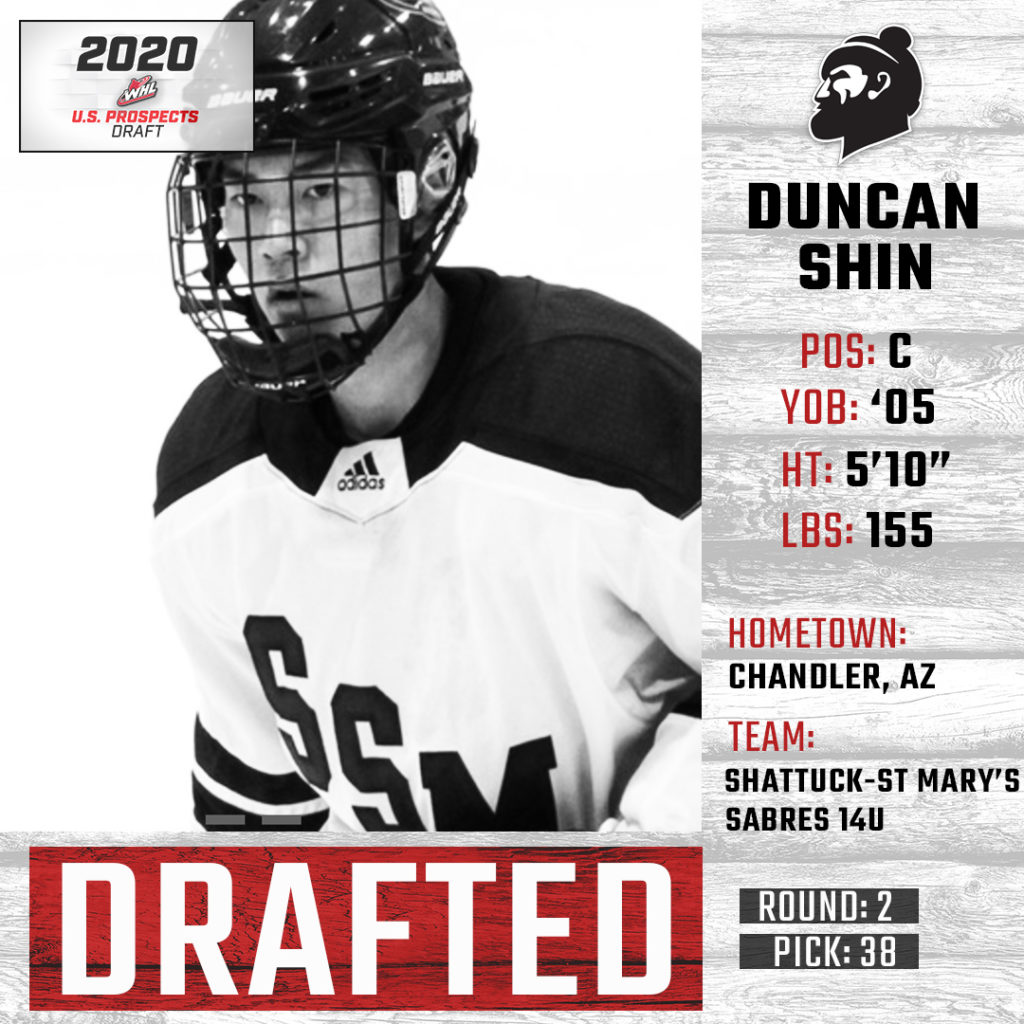 GIANTS SELECT SHIN WITH THEIR SECOND ROUND PICK

Giants Scouting Director Daryl Anning says, “Duncan Shin has elite talent. His hockey IQ is exceptional. He’s a skilled player that plays a strong 200-foot game. He doesn’t back down from physicality and has put up some excellent numbers over the past few seasons.”

Earlier in the draft, the Giants selected defenceman Philippe Blais-Savoie with the seventh overall pick.

The complete recap of the 2020 WHL U.S. Prospects Draft can be found here.