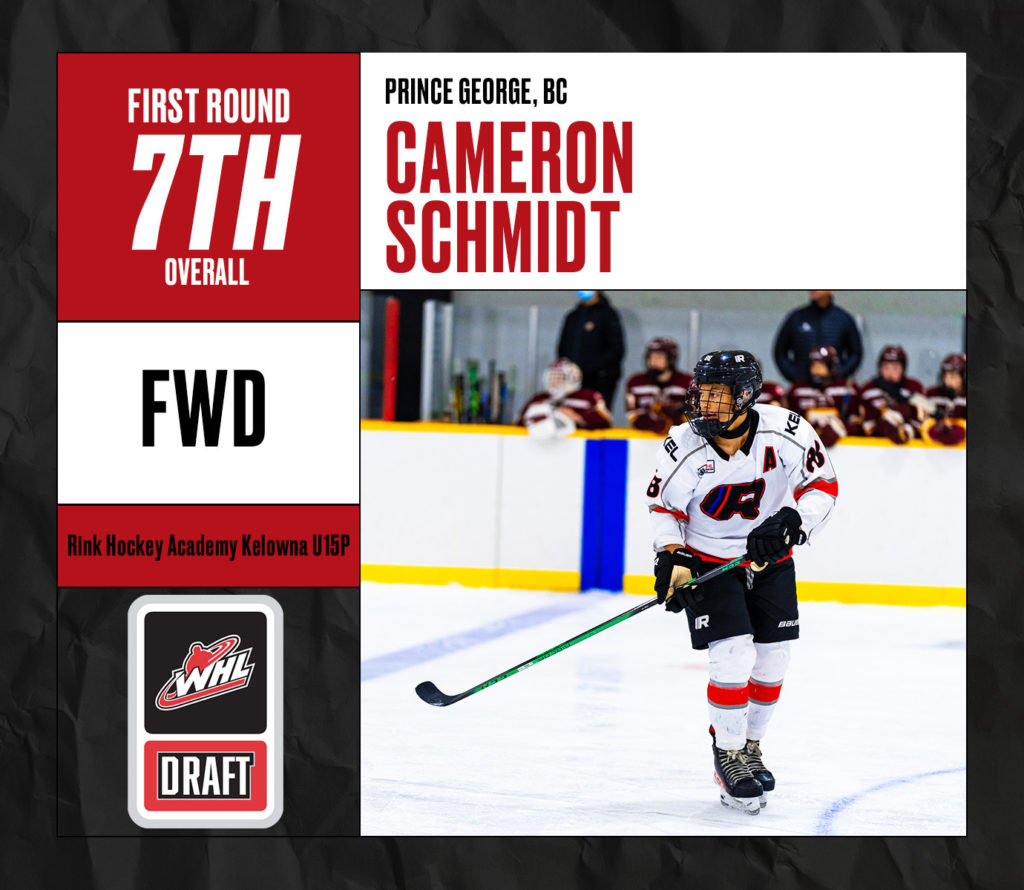 The 5’8” forward played last season with the Rink Hockey Academy Kelowna U15 Program. In 13 games he managed 25 goals and 16 assists for 41 points along with 38 penalty minutes. He added six goals and five assists for 11 points in five playoff games. He also appeared in four additional games with the U16 (1GP) and U18 teams (3GP), and he scored twice for each older team.

“Cameron Schmidt is an exciting, dynamic, offensively skilled player who’s going to make fans of the Vancouver Giants really excited,” said Vancouver Giants Scouting Director Daryl Anning. “The first things you notice are his speed and his natural offensive instincts. He’s a one-shot scorer and we are thrilled to have selected him today.”

Cameron Schmidt is the first Vancouver Giant selected seventh overall since Jason Reese was picked seventh back in 2003. Recent previous first-round selections from the Giants include:

The Vancouver Giants are next scheduled to make a pick with the 21st overall selection in the first round.

WATCH ROUND 1 VIA CHL TV