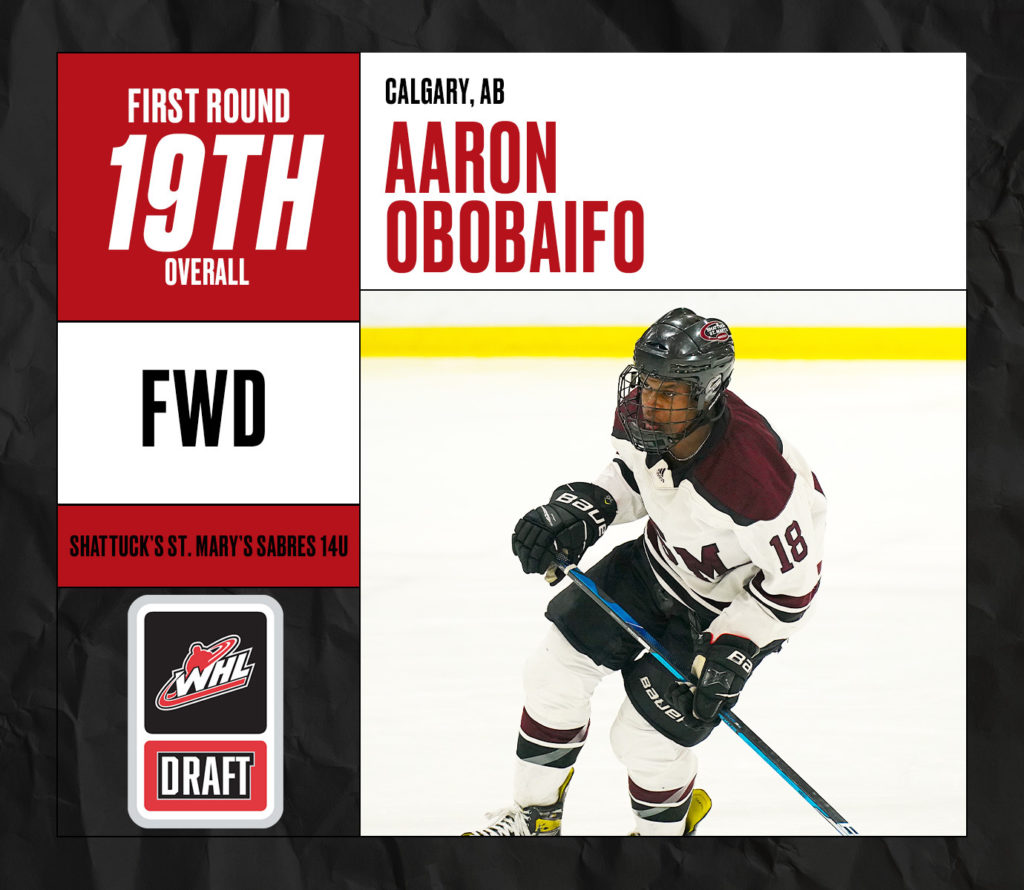 With the 19th overall selection in the 2022 WHL Prospects Draft, the Vancouver Giants selected 2007-born forward Aaron Obobaifo (Calgary, AB). In order to make the selection with pick #19, the Giants completed a trade with the Saskatoon Blades which sent away pick #21 and pick #70 in Round 4.

During the 2021-2022 season the 5’10” left-handed shooting Obobaifo appeared in 52 games with Shattuck St. Mary’s 14U AAA team. In that span he recorded 44 goals and 47 assists for 91 points and 36 penalty minutes. He played in six games during the previous season with the Edge Hockey Academy in Calgary and posted six goals and five assists for 11 points. Aaron Obobaifo is a teammate at Shattuck St. Mary’s with Masun Fleece who the Giants selected 21st overall in yesterday’s U.S. Priority Draft.

Vancouver Giants Head Scout Terry Bonner said, “Aaron is a great two-way player. He’s a strong skater, competitive, has good hands and great finish around the net. He finished second on his team in scoring and our fans are going to notice his work ethic right away.”

Previous Giants to have been selected 19th overall include:

Obobaifo becomes the second forward selected in as many picks by the Vancouver Giants today. Earlier today the Giants selected fellow forward Cameron Schmidt seventh overall. The Giants next scheduled pick is at #22 in Round 1.

WATCH ROUND 1 VIA CHL TV