Giants Select D-Man Philippe Blais-Savoie In Round 1 of the 2020 WHL U.S. Prospects Draft 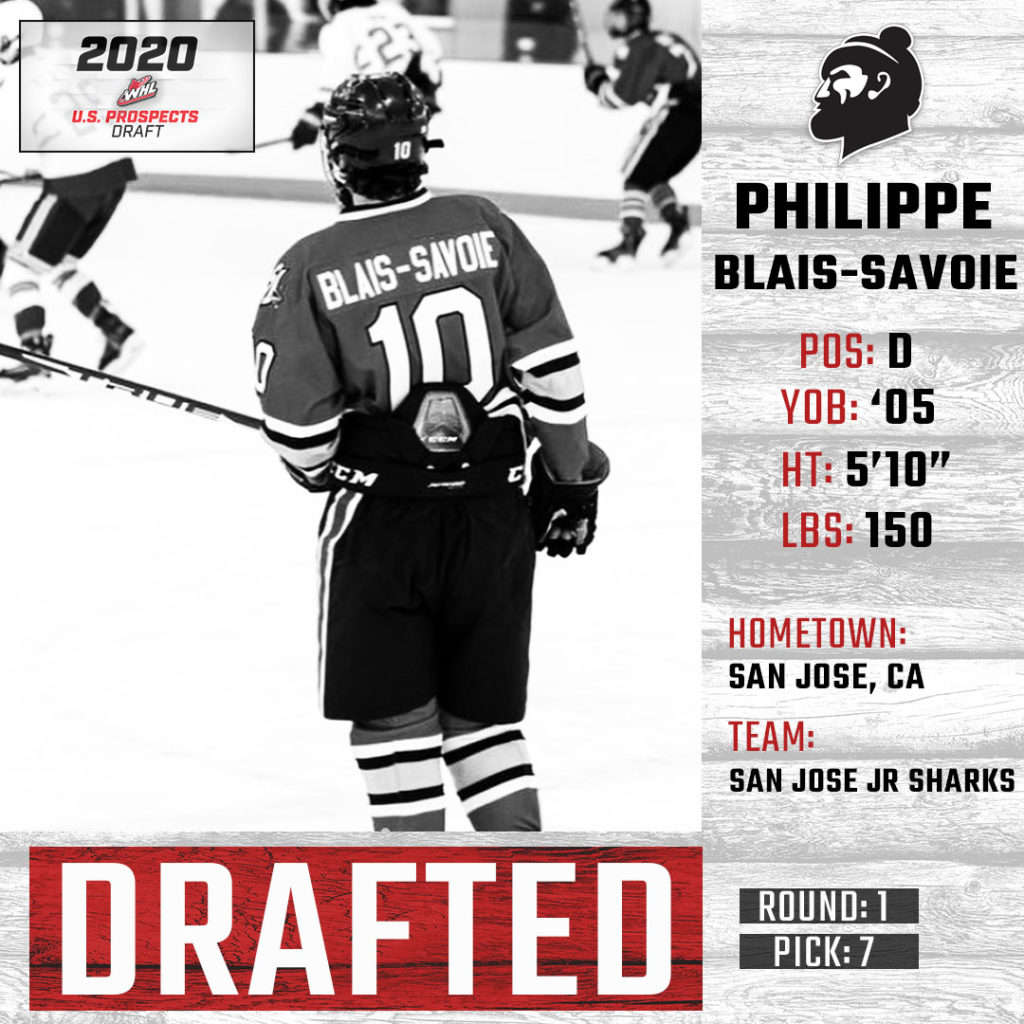 Giants GM Barclay Parneta says, “Philippe Blais-Savoie is an offensive-minded defenceman that plays like a fourth forward. He can make plays happen off the rush.”

The Giants will make their next selection with the 38th overall pick in Round 2.

Follow along with the 2020 WHL U.S. Prospects Draft here.

Here’s Philippe Blais-Savoie speaking with Dan O’Connor after the draft: