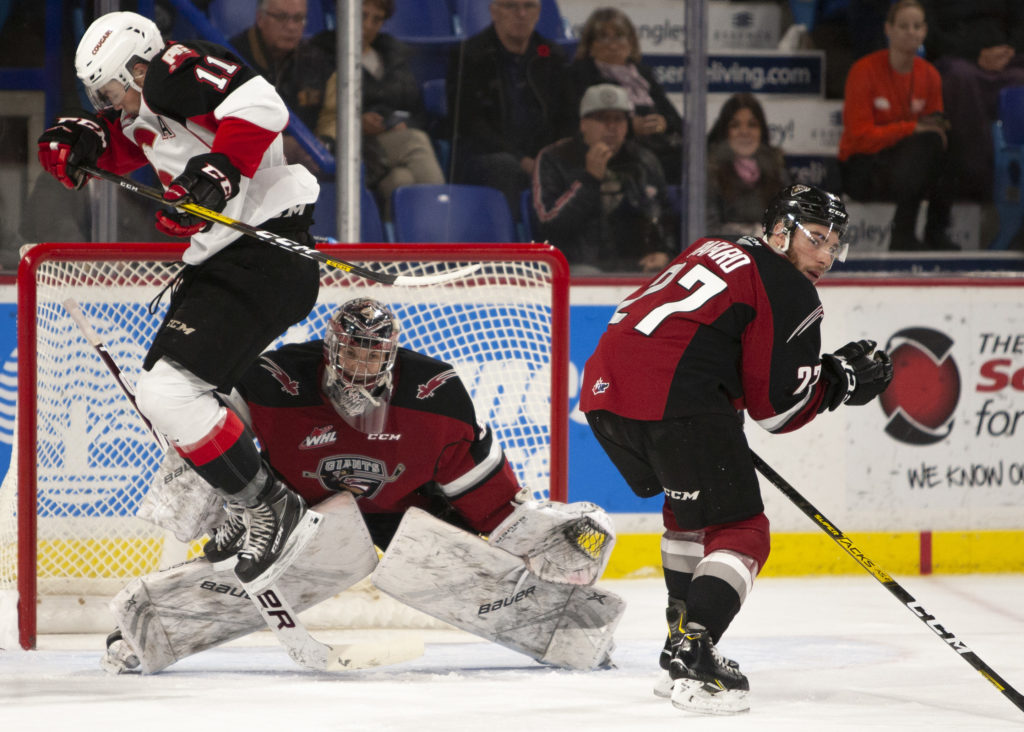 Sunday night at the Langley Events Centre the Vancouver Giants (7-8-1-0) fell 3-2 to the visiting Prince George Cougars (4-9-0-1). Cougars defenceman Ryan Schoettler ended the game with a goal that came with 30 seconds remaining in overtime, giving the Cougars their fourth win of the season. Rookie goaltender Tyler Brennan made 37 saves for Prince George while Trent Miner turned aside 30 in response for Vancouver. The Giants got second period goals from Jackson Shepard and Tristen Nielsen. Reid Perepeluk and Ilijah Colina both scored first period goals for Prince George.

PG – At 9:05, Reid Perepeluk opened the scoring for the Cougars off a two-on-oh rush with Josh Maser. Perepeluk

PG – Ilijah Colina increased the Cougars lead to 2-0 with a power play marker at 16:45. Colina’s goal from the slot was assisted by Cole Moberg and Filip Koffer.

VAN – Tristen Nielsen put the Giants on the board at 5:41 on a power play. Nielsen’s team-leading eight goal of the season came off a shot from the high slot and was assisted by Evan Patrician and Milos Roman.

VAN – Jackson Shepard evened the score at two at 11:45. He took a feed from younger brother Cole Shepard along the right-wing wall, spun off a check and snuck a low shot through a crowd and past Tyler Brennan for his fifth of the season.

PG – With 31 seconds remaining in overtime, the Cougars clinched victory when Ryan Schoettler one-timed his second of the season home off a pass from Josh Maser. Cole Moberg earned the second assist on the play.

Prince George: 1/4 on the Power Play

Vancouver: 1/8 on the Power Play

Next Giants Game: Saturday night in Kennewick, WA against the Tri-City Americans.