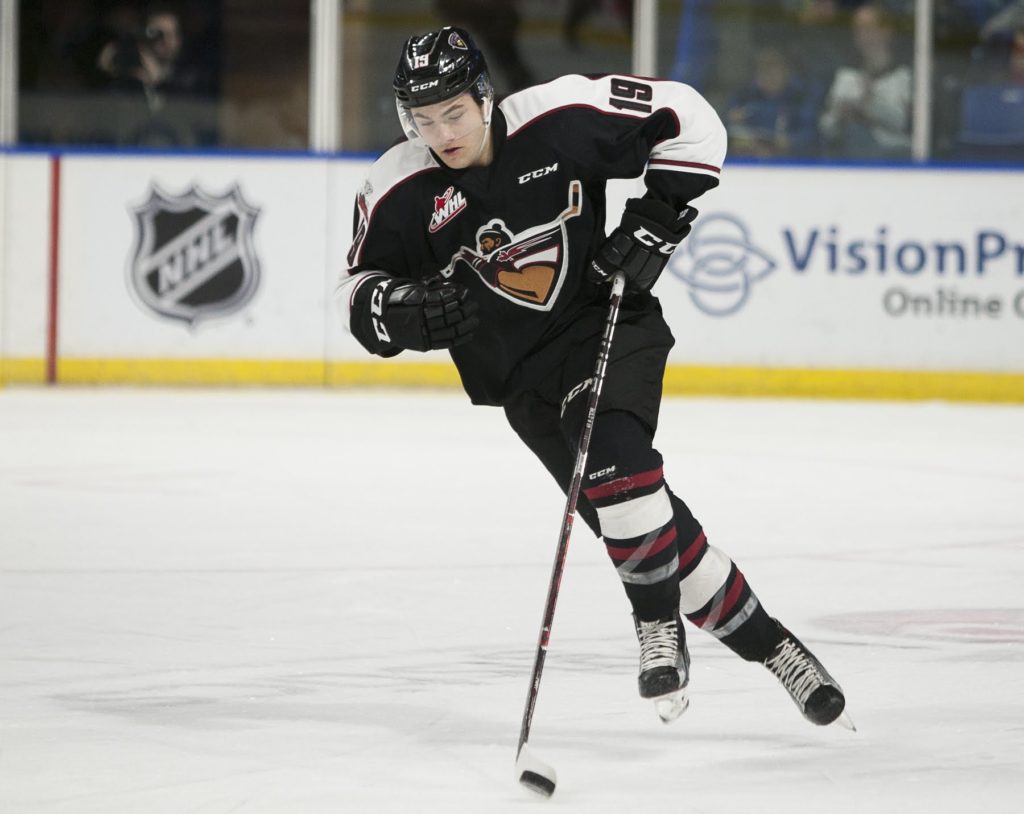 Jason McKee’s Vancouver Giants remain unbeaten in 2018 thanks to their latest road triumph. Dawson Holt and James Malm each had a goal and two assists Tuesday as the Giants defeated the Prince George Cougars 5-1. Between the pipes, David Tendeck made 21 saves on 22 shots faced to earn his 16th victory and rookie Kaleb Bulych recorded his first WHL goal as the Giants extended their road winning streak to seven straight and their overall winning streak to five. Jared Bethune had the lone goal for Prince George late in the first period.

Dawson Holt got the offense started for Vancouver at 7:27 of the first period when he snapped a shot past Prince George starter Tavin Grant from the high slot. For Holt it was his seventh of the season and his third over the past two games. A minute and 33 seconds later James Malm extended the Giants lead to 2-0 when his centering attempt from beside the goal deflected off Tavin Grant’s skate and across the line for his 16th. Late in the first Matt Barberis made it 3-0 Vancouver when his point-shot snuck through a crowd of bodies and home for his fourth of the season.

13 seconds later the Cougars responded with their only tally of the night when 20-year-old Jared Bethune pounced on a loose puck in front of the Giants net and roofed a shot from in close over the left shoulder of David Tendeck for his 14th. After one the score was 3-1 favoring the Giants who outshot the Cougars 11-5.

Period two yielded more of the same for the Giants who outshot the Cougars 11-6 and added two more goals to their total.

First it was rookie Kaleb Bulych who kept a puck at the right point, skated into the right circle and snuck a low shot through traffic and past Tavin Grant for his first ever WHL goal. Then Jared Dmytriw padded Vancouver’s lead even further when he wired home his 12th of the season off a shot from the right circle off the rush. Cougars goaltender Tavin Grant was pulled from the net after allowing five goals on 21 shots faced. Rookie Taylor Gauthier replaced him and stopped all nine shots fired his way.

Period three yielded no goals for either side. Prince George peppered David Tendeck with 11 shots while the Giants countered with nine more of their own. The final shot total favored Vancouver 31-22.

With the win the Giants record now sits at 24-14-3-2. Their 53 points puts them tied atop the B.C. Division and Western Conference standings with the Kelowna Rockets, though the Rockets have played three fewer games. Tomorrow night the two teams will duke it out again marking the eighth and final meeting of the season between the two B.C. Division rivals.