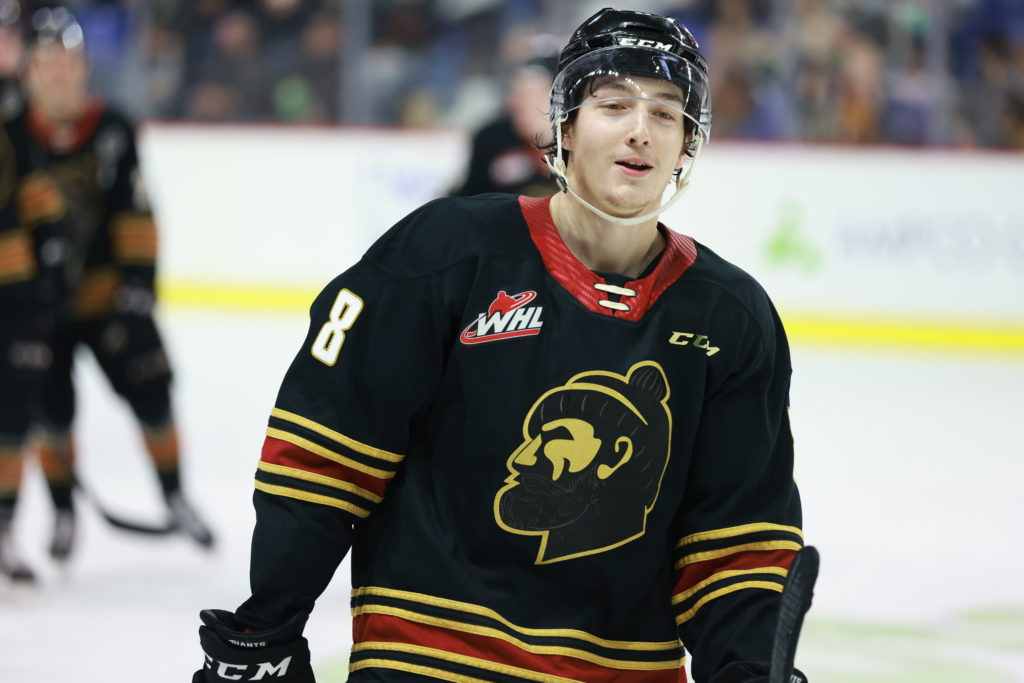 Saturday night at the Langley Events Centre, the Vancouver Giants (3-2) returned to the win column thanks to a 2-0 shutout victory over the visiting Kelowna Rockets (2-2). Justin Lies and Ty Thorpe supplied the goals for the G-Men while Vegas Golden Knights prospect Jesper Vikman made 23 saves to earn his league-leading second shutout of the young season. Colby Knight stopped 27 of the 29 shots fired his way in the Kelowna net.

GIANTS IMPROVE TO 3-2 AFTER THE SHUTOUT VICTORY

VAN – At 8:26, Justin Lies opened the scoring off a shot from the high slot with the teams skating four-on-four. Lies’ second of the season was unassisted.

Mid-way through the final frame, Ty Thorpe provided the Giants with some insurance when he pounced on a loose puck and snapped show past Colby Knight. Thorpe’s third goal of the season was set up by both Payton Mount and Adam Hall.

Next Giants Game: Friday, October 29th at home against Kelowna.

“We talked about rhythm over rest. Kelowna has been waiting for us for over a week and there is nothing like playing games. We can teach just through playing games from one game to the next.” – Michael Dyck

“I just walked out to the slot and tried to get it on net and got lucky and it actually went in.” – Justin Lies on the game winning goal.