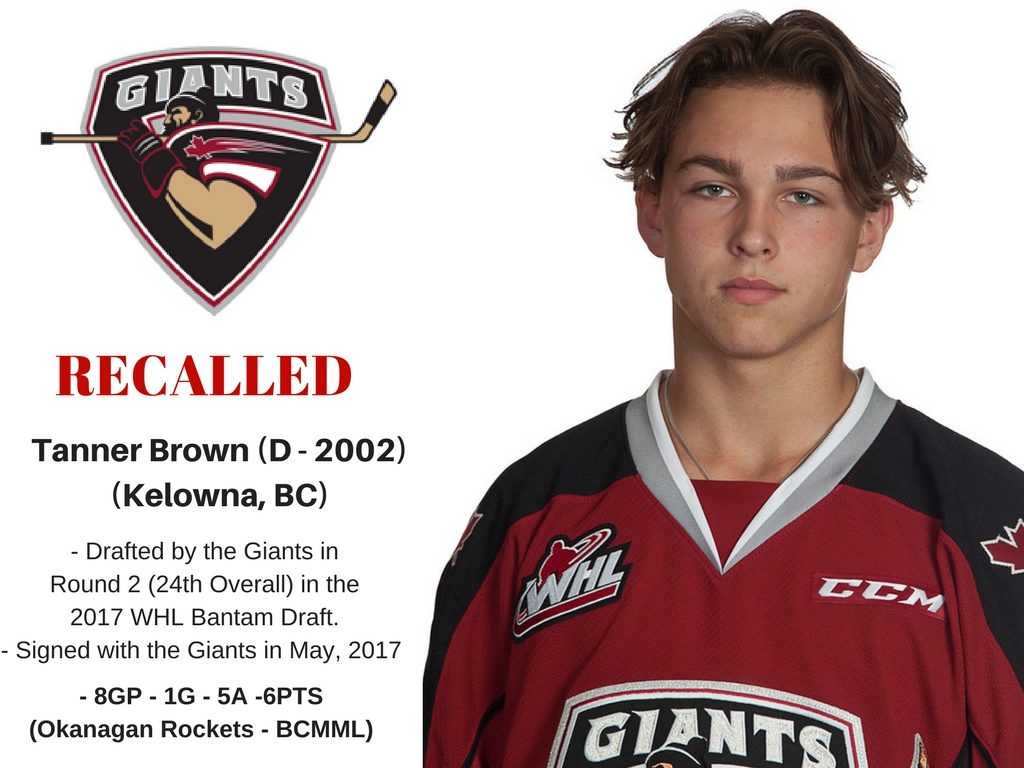 The Giants selected Brown in the second round (24th Overall) of the 2017 WHL Bantam Draft and he signed a Standard WHL Player Agreement with the G-Men in May. The 5’10”, 165-pound rearguard has registered a goal and five assists for six points in eight games with the BCMML’s Okanagan Rockets. Last month, Brown suited up for Team B.C. in the 2017 WHL Cup and posted a goal and an assist in five games en route to a gold medal. Brown suited up in two preseason games with the Giants back in September.

As an under-ager, Brown can play in a maximum of five games with the Giants until the Okanagan Rockets season is completed. The addition of Brown means that the Giants roster now sits at 24 players: 13 forwards, nine defencemen and two goaltenders.

Tanner Brown will wear number 5 with the Giants.