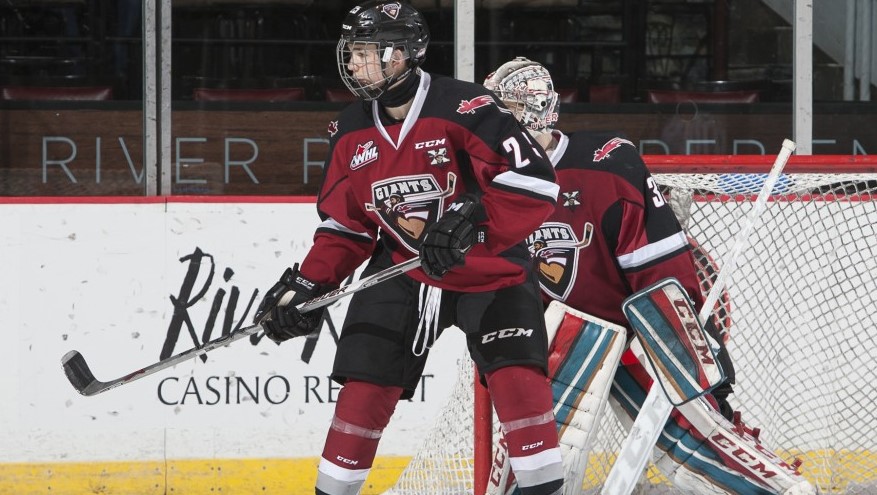 The Vancouver Giants have recalled prospects Kaleb Bulych (pictured) and Evan Patrician ahead of their upcoming five-game road trip through the Central Division.

Bulych, who the Giants drafted in the second round of the 2015 WHL Bantam Draft, has eight goals and nine assists in 28 games on the blue line this season for the Yorkton Maulers of the Saskatchewan Midget AAA Hockey League. The Yorkton native appeared in five game for the Giants in the 2015/16 season.

Patrician was taken by the G-Men in the seventh round of the 2016 Bantam Draft. The 15-year-old winger from Calgary signed a WHL Standard Player agreement with Vancouver on November 24, 2016 and is expected to make his WHL debut against the Calgary Hitmen in his hometown tomorrow afternoon. Patrician has scored 10 goals and 11 assists in 21 games with the Calgary Flames of the Alberta Midget Hockey League this season.

The Giants take on the Hitmen tomorrow afternoon at 3:00pm from the Scotiabank Saddledome.