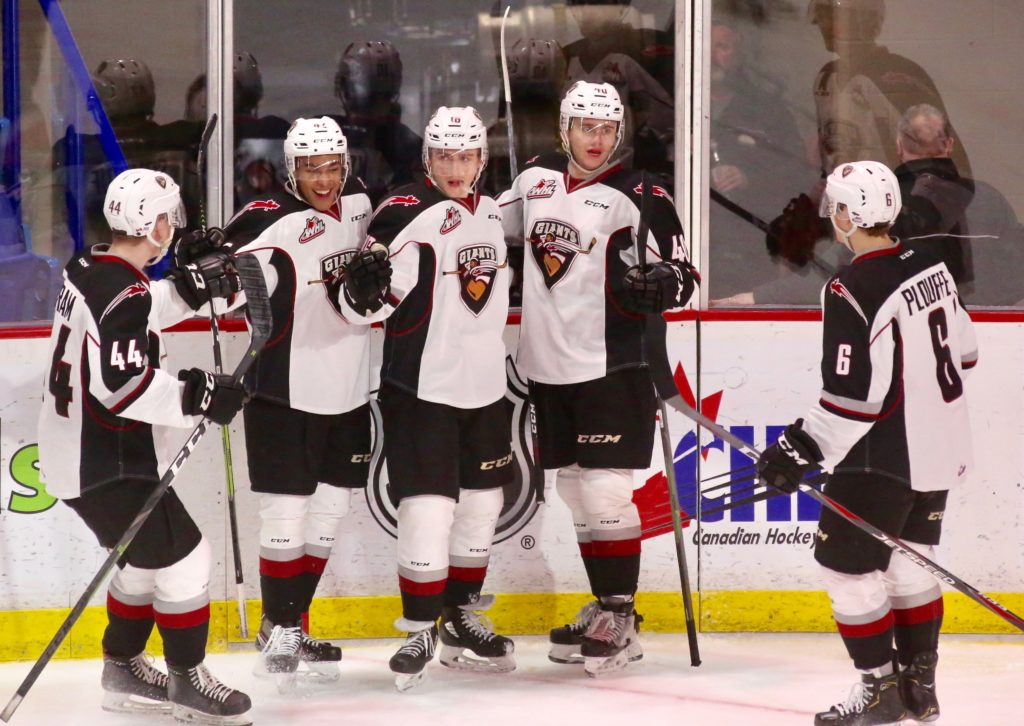 For a second straight season the Vancouver Giants (37-13-2-1) are headed to the WHL playoffs. Sunday afternoon in front of 3663 strong at the LEC the Vancouver Giants skated to a 4-1 victory over the Prince George Cougars (16-32-4-2), becoming the third team in the WHL to clinch a berth in the playoffs. Davis Koch, Justin Sourdif and Tristen Nielsen all scored third period goals, breaking open a 1-1 tie. Between the pipes, David Tendeck turned aside 31 of the 32 Cougar shots fired his way. Ethan Browne had the lone goal in response for the Cougars while Taylor Gauthier made 28 saves in the Prince George net.

PG – Ethan Browne (8) opened the game’s scoring at 9:00 of the first period off a power play. Cole Moberg and Ryan Schoettler assisted on the play.

VAN – 42 seconds into the middle frame Jared Dmytriw (12) tied the game off the rush off a feed from Jadon Joseph. Bowen Byram added the second assist on the tying marker.

VAN – Davis Koch (22) put the Giants ahead at the 7:06 mark when he roofed a shot over Taylor Gauthier’s left shoulder from the left-wing circle. Bowen Byram earned the lone assist on the goal.

VAN – Justin Sourdif extended the Giants lead to 3-1 at the 11:35 mark of the third when he knocked home his own rebound from the slot. Davis Koch set the goal up with a slick feed from the left-wing corner.

VAN – With the team’s skating four-on-four, Tristen Nielsen stripped the puck away in the neutral zone, skated in alone and roofed his 10th of the season past Taylor Gauthier to make it a 4-1 game.

Prince George: 1/5 on the Power Play

Next Giants Game: Friday night at 7:30 PM at home against Spokane