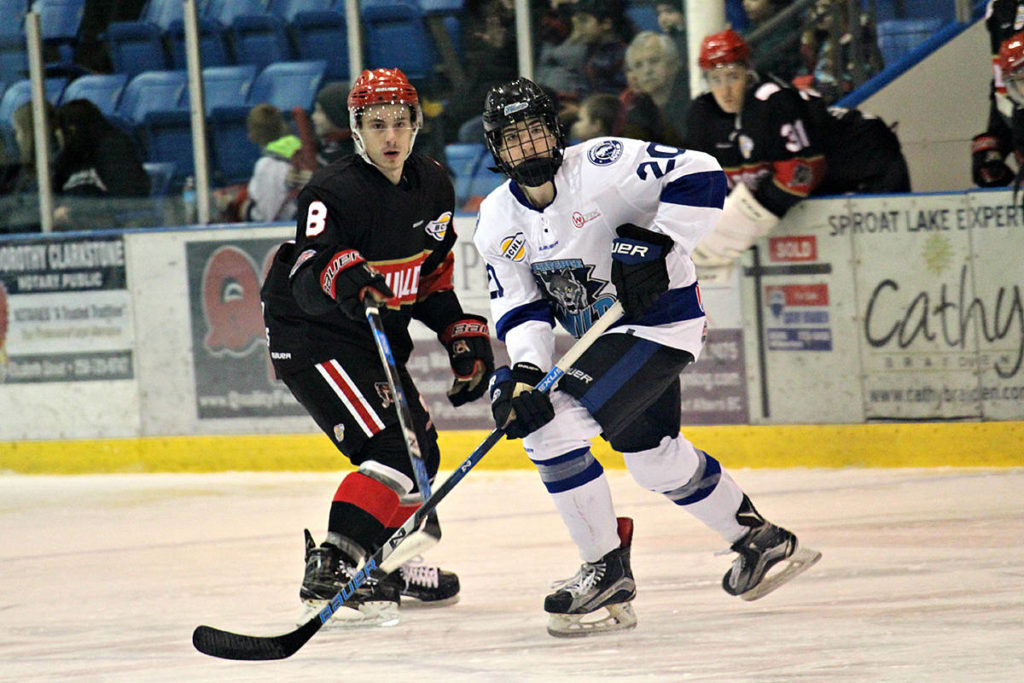 With 36th overall pick in the 2016 #WHLBantamDraft we have selected Forward Lukas Svejkovsky from Point Roberts, WA #BeAGiant

The 2001-born (unsigned) forward was selected by the Giants in the second round of the 2016 WHL Bantam Draft and tomorrow night with his Wenatchee Wild teammates, Svejkovsky will square off against the Alberta Junior Hockey League’s Spruce Grove Saints in Game 1 of the best-of-seven Doyle Cup final. The winner of the B.C.-Alberta showdown will earn a berth in the 2018 Royal Bank Cup which takes place May 12 – 21 in Chilliwack, B.C.

At just 15-years-old, the talented forward posted four goals and four assists for eight points over the course of his first seven games in the BCHL this season. Unfortunately an injury forced Svejkovsky to miss nearly four full months. Despite that lengthy absence, the 2020 NHL Draft eligible forward returned to the Wild lineup in February and finished with five goals and six assists for 11 points in 16 total regular season games. He’s since added a goal in 18 playoff appearances en route to a 2018 BCHL Championship with the Wild.

Some of Svejkovsky’s earlier accomplishments included:

The Vancouver Giants would like to congratulate Svejkovsky and his Wenatchee Wild teammates on their 2018 BCHL Championship and wish him the very best in their Doyle Cup series with the Spruce Grove Saints.