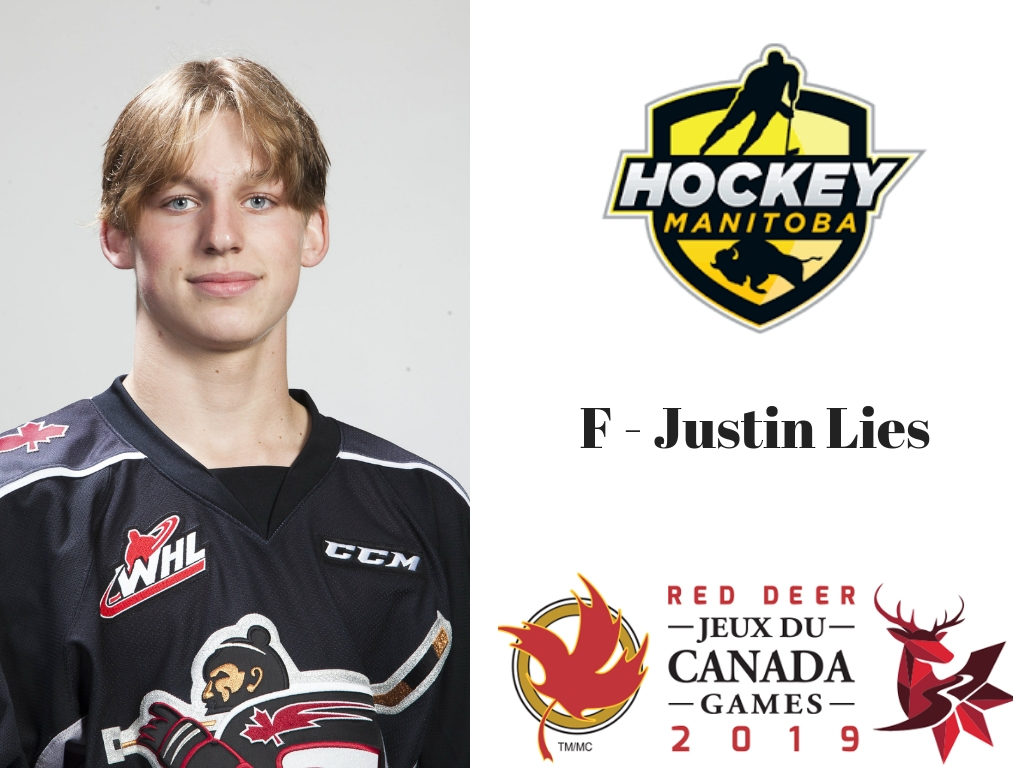 A fourth Giants prospect selected in the 2018 WHL Bantam Draft is off to the 2019 Canada Winter Games. Hockey Manitoba revealed their roster for the event this morning and Giants prospect Justin Lies (2003 – F – Flin Flon, MB) was among the 12 forwards selected.

Originally selected by the Giants in the third round (56th overall) of the 2018 WHL Bantam Draft, the 6’0”, 176-pound forward is off to a great start with the Rink Hockey Academy’s Elite 15s. In 25 games Lies has registered nine goals along with 13 assists for 22 points. Last season he scored 39 goals while adding 23 assists for 62 points in 35 games with the Norman Bantam AAA Wolves.