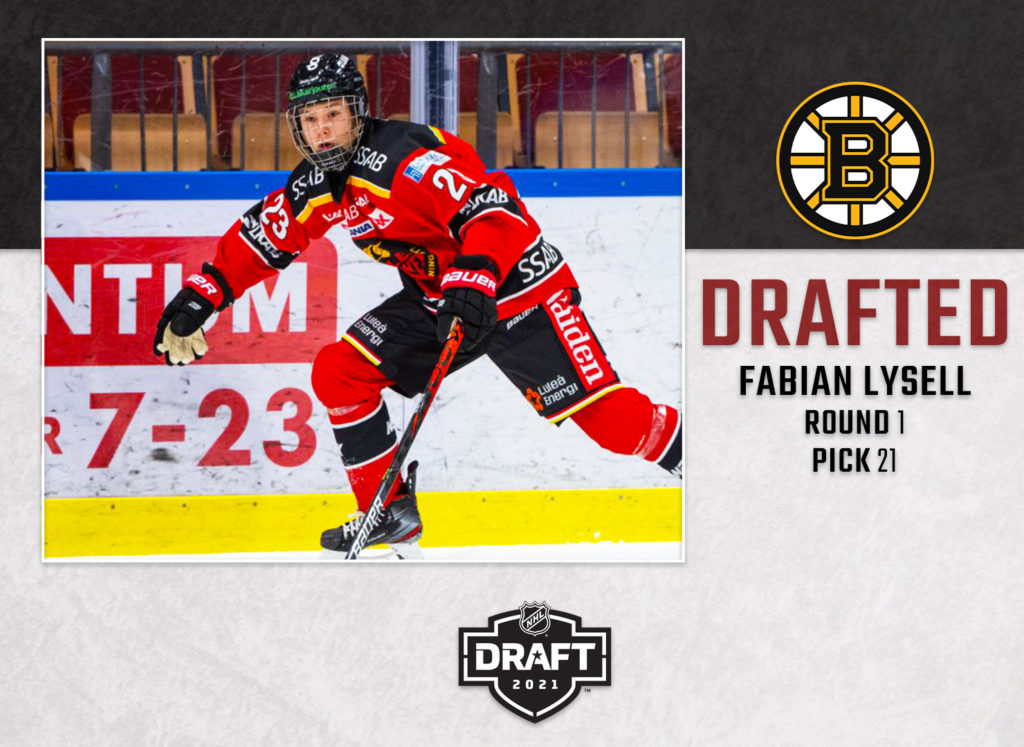 The Vancouver Giants are pleased to announce that 2003-born prospect forward Fabian Lysell (Göteborg, SWE) has been selected 21st overall by the Boston Bruins in the first-round of the 2021 NHL Draft.

Lysell, 18, stands 5’10” and 172-pounds and was chosen by the Giants 30th overall in the 2020 CHL Import Draft. Last season he appeared in 26 games with Luleå HF in the Swedish Hockey League and posted two goals and one assist. He added three goals and 10 assists for 13 points in 11 games with Frölunda HC’s J20 program.

Internationally Lysell most recently represented Sweden in the World Under-18’s where he scored three goals and added six assists for nine points in seven games en route to a Bronze Medal. Since 2018-19 he’s appeared in 34 games internationally for Sweden.

“We’re happy for Fabian and his family that they get to celebrate this exciting milestone together,” said Giants General Manager Barclay Parneta. “He’s got a bright future in the game, and his skill-set will translate well to the Boston Bruins organization.”