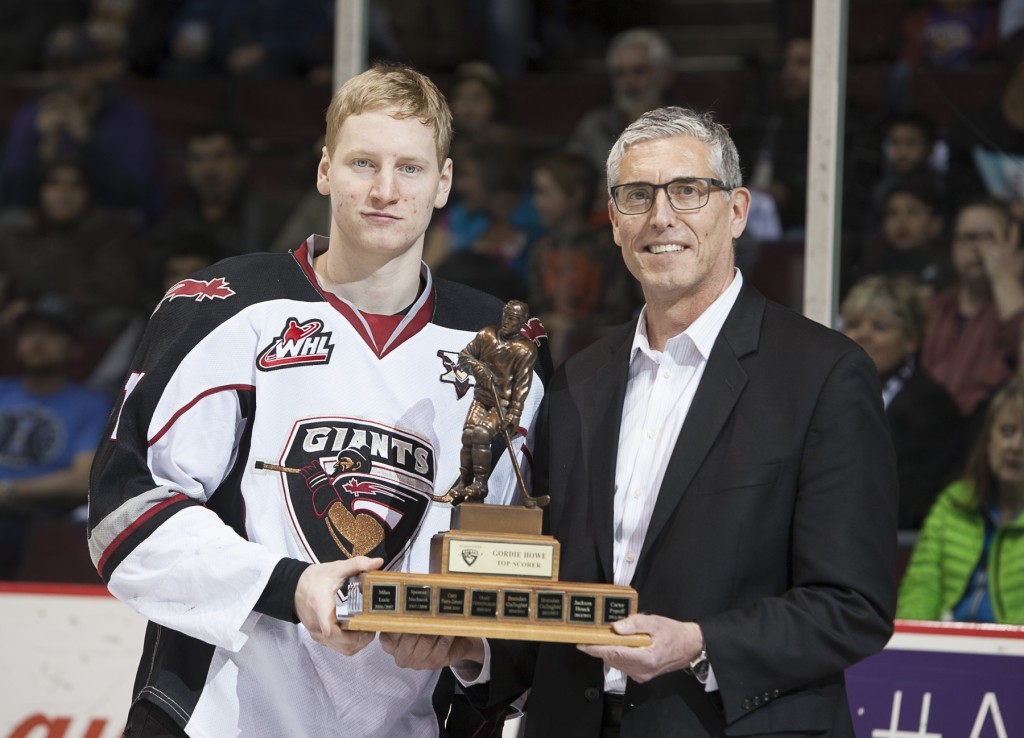 The Vancouver Giants would like to congratulate Chase Lang (pictured), Trevor Cox and Taylor Crunk on signing contracts with professional hockey teams.

Lang has signed an amateur tryout agreement with the Minnesota Wild and has been assigned to the Iowa Wild of the American Hockey League while Cox has inked a deal with the Quad City Mallards of the ECHL. Crunk signed with the Fort Wayne Komets who are also in the ECHL.

Lang was selected by the Wild in the sixth round of the 2014 NHL Draft at 167th overall. The Nanaimo native scored 27 goals and 36 assists in 69 games split between the Giants and Calgary Hitmen in 2015/16.

Cox was acquired by the Giants early in the season and went on to score 18 goals and 43 assists in 56 games split between the Giants and Medicine Hat Tigers.

Crunk had 10 points and 61 penalty minutes in 46 games with the Giants this past season.