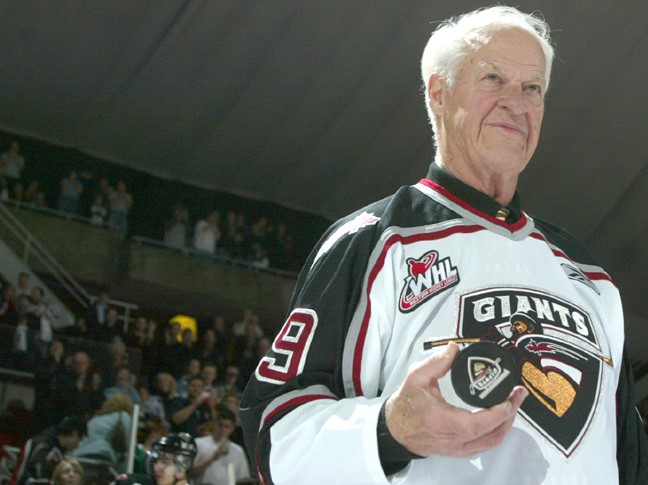 It is with great sadness that the Vancouver Giants mourn the loss of Giants Co-Owner, Mr. Hockey(r), Gordie Howe.

“It’s a sad day for all of us with the Giants,” said Majority Owner Ron Toigo. “We felt honoured and privileged to have Gordie in our lives. We were fortunate to have had him involved with so many of our players who were able to meet him. He had a impact on everyone in our organization. It’s been a difficult period for us, losing both Pat and now Gordie in such a short period of time, and we’ll miss him a lot.”

Howe, a native of Floral, Saskatchewan, was a founding Co-Owner of the Giants when the franchise entered the WHL in 2001. He played 32 seasons of professional hockey in the NHL and WHA. A 23-time NHL All-Star, Howe is the only professional player to compete in six different decades. Upon his retirement, he held more records than any team athlete in history. He scored 2,589 career points and was a six-time winner of the Art Ross Trophy as the NHL’s leading scorer and a six-time winner of the Hart Memorial Trophy as the NHL’s Most Valuable Player. Howe was inducted into the Hockey Hall of Fame in 1972, was the inaugural recipient of the NHL Lifetime Achievement Award in 2008 and was awarded the Order of Canada.