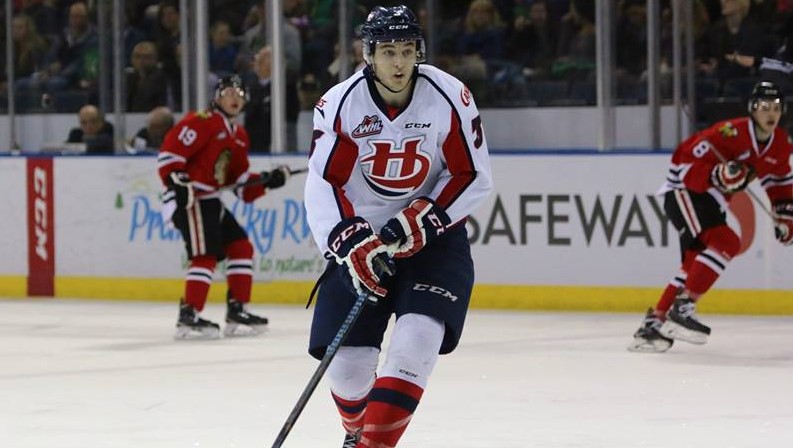 The Vancouver Giants announced on Monday that the hockey club has traded 1997-born defenceman Brennan Menell to the Lethbridge Hurricanes in exchange for 1997-born blue liner Darian Skeoch and a fourth round pick in the 2018 WHL Bantam Draft.

“The Vancouver Giants are excited to add Darian’s size, defensive strength and physical play to our lineup,” said General Manager Glen Hanlon. “Aside from his on ice contributions, Darian also brings leadership and a great attitude.”

Skeoch, who hails from New Liskeard, Ontario, played 59 games for the Hurricanes in 2015/16, amassing 7 points and 106 penalty minutes. The 19-year-old rearguard is set to attend Anaheim Ducks Rookie Camp which runs from September 15-21 in California.

“I’m super excited,” said Skeoch of joining the Giants. “It’s a great opportunity, and I look forward to getting to Vancouver as soon as possible.”

Menell was signed by the G-Men prior to the 2014/15 campaign. Over parts of two seasons in Vancouver, the Woodbury, Minnesota native netted nine goals and 65 assists in 126 games played in a Giants uniform.